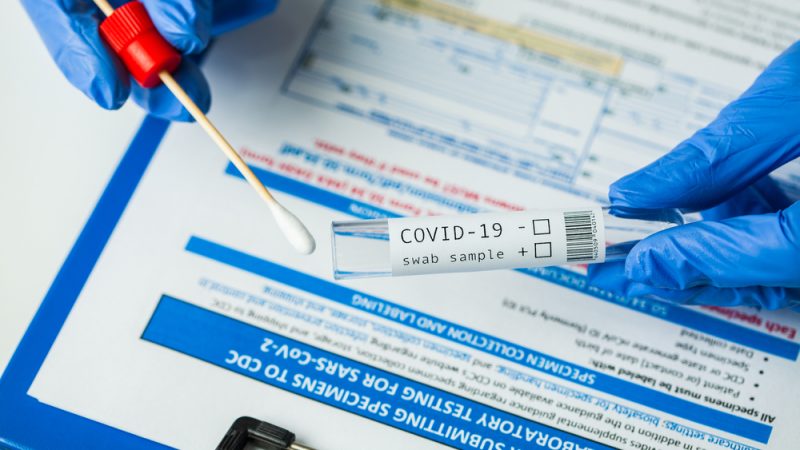 The ministry (MAI) said that between 1-19 December, authorities inspected 652,833 passengers and 6,249 flights, which resulted in 1,434 infractions. [Shutterstock/Cryptographer]

More than 1,400 passengers and 38 airlines were fined at Portuguese airports in 19 days for failing to abide by COVID-19 measures the Interior Ministry told Lusa on Monday.

Of the 1,434 infraction notices, 845 were issued by the PSP, which controls passengers from flights originating in the Schengen Area, and 589 by the SEF, which supervises travellers from countries outside the Schengen Area.

Since 1 December, all passengers arriving in Portugal by air are obliged to present a negative test or recovery certificate on disembarkation.

Exempted from the requirement of testing, PCR or rapid, are passengers on domestic flights, those under 12 years old, and crew.

The MAI also indicates that the 1,434 offences include eight foreigners who were refused entry into the country for not getting a test result before arrival since the test is only allowed at the airport for citizens of Portuguese nationality, foreigners residing in Portugal, and diplomatic personnel.

According to MAI, 38 airlines have been fined for carrying passengers without a negative test or recovery certificate, with most of these airlines carrying people from Europe.

Airlines transporting passengers without a negative test incur a fine of between €20,000 and €40,000 per passenger, and travellers must pay between €300 and €800 for failing to present a test on arrival.

MAI data also show that 1,446 diagnostic tests were carried out at airports on passengers who entered the country without this document.

At land borders, also since 1 December, citizens from non-EU countries and EU countries considered to be at risk red or dark red need a negative test or certificate of recovery.

Citizens from EU countries considered to be at low or moderate risk must carry a vaccination, test result, or recovery certificate to enter Portugal.

The GNR and the Foreigners and Borders Service carried out until 19 December, 4,635 random surveillance operations at land borders to ensure test results according to the MAI.

Mainland Portugal is in a situation of calamity since 1 December due to the increase in the number of cases and these rules at borders are in force until 9 January, 2022.