Portugal has one of the EU’s lowest inflation rates 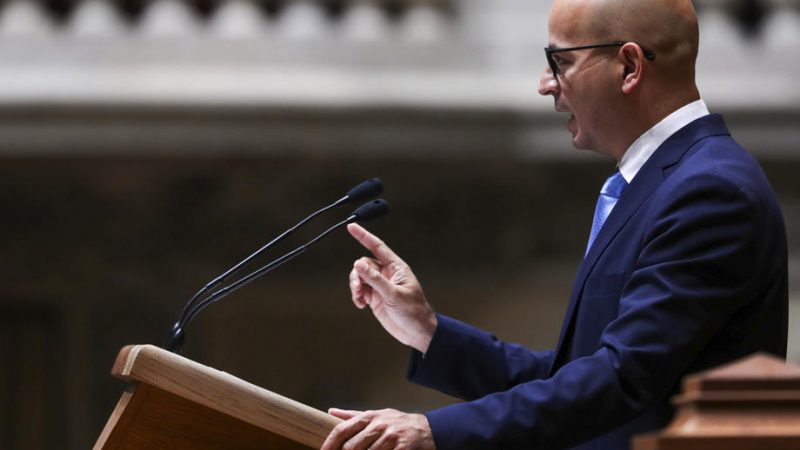 Portugal is one of the EU countries with the lowest inflation rates, Finance Minister João Leão said on Wednesday. [EPA-EFE / MIGUEL A. LOPES]

Portugal is one of the EU countries with the lowest inflation rates, Finance Minister João Leão said on Wednesday, stressing that the increase is considered to be temporary, and reiterated wage increases of 0.9% in the public sector.

“Portugal remains one of the countries with the lowest inflation rate,” in line with the government’s forecasts, the finance minister said, stressing that it would start to fall from next year.

João Leão was speaking to journalists on the sidelines of the annual summit of the Insurance and Pension Funds Supervisory Authority (ASF), held in Lisbon, where he was asked about the fact that the data released today by Eurostat show that the annual inflation rate rose in October for the fourth consecutive month in the eurozone and the European Union (EU), exceeding the 4% barrier.

According to the European statistics office, among the 27 member states, the lowest annual inflation rates were recorded in October in Malta (1.4%), Portugal (1.8%), Finland and Greece (2.8% each).

Underpinning the situation in Portugal, he said, were measures taken to stabilise prices in the electricity sector, a situation that “did not happen” in other countries.

Asked whether in the current context it made sense for the salary rise for civil servants to be 0.9%, the minister said that average inflation over the last 12 months – which serves as a reference for increases – is expected to be close to that figure, taking into account the data known up to October.

“We will now check what the inflation [average of the last 12 months known in December] is to make this update, but at the moment the estimate that exists and what we know until October is 0.9%, and the numbers point to it being 0.9%,” he said.

On the need for measures to be taken to contain the rise in new cases of Covid-19, the minister stressed the need to act proactively but recalled that, given the pattern of evolution and the vaccination rate of Portugal, he does not expect that drastic measures have to be taken.