Portugal: More than 50% would vote for Merkel as EU president 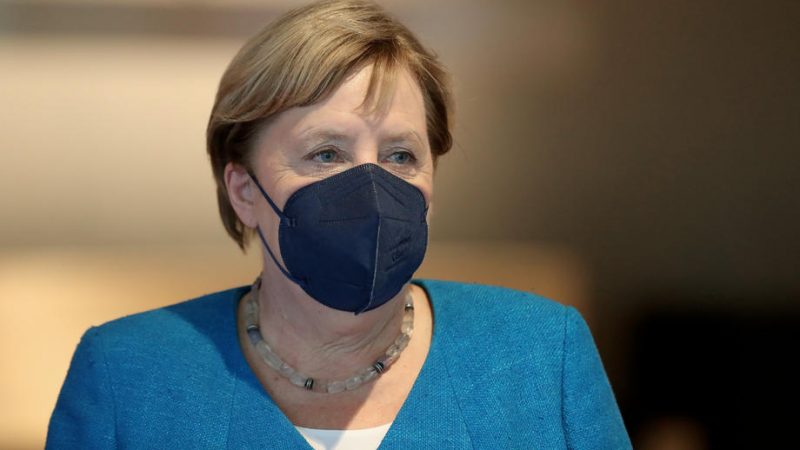 Portuguese are among the top three European peoples who would choose Angela Merkel for a position as “president” of Europe. [EPA-EFE/ FRIEDEMANN VOGEL]

A survey by the European Council on Foreign Relations shows that the Portuguese are among the top three European peoples who would choose outgoing German Chancellor Angela Merkel for the position of “president” of Europe.

The European Council on Foreign Relations, an international studies group, founded in 2007 and based in London, has conducted a series of polls on “what Europeans expect after the elections in Germany” based on the end of what it called “merkelism”, the departure of 67-year-old Merkel from the post of chancellor to which she was first elected in November 2005.

One of the polls analysed shows that the majority of people questioned, namely the Dutch (58%), Spanish (57%) and Portuguese (52%), would “vote for Angela Merkel rather than Emmanuel Macron” for a position as “president” of Europe.

The poll was conducted in 12 European countries.

“One of the surprises in the data that was presented concerns the positive expectations regarding German leadership in matters such as economy and finance. If we went back ten years, we would be in the middle of the eurozone crisis, the banking crisis and sovereign debt,” said Daniela Schwarzer, director for Europe and Asia at the Open Society Foundation, who analysed the issue during the debate over the end of the “Merkel era”.

In this sense, Schwarzer recalled that Germany imposed economic decisions ten years ago, together with the European Commission, the European Central Bank and the International Monetary Fund, which served Berlin’s “own interests” and were “deeply criticised” in particular by southern European countries.

Germany was trying to “defend” the eurozone paradigm and control national policies through “austerity” in each country affected by the economic and financial crisis.

“We have to realise that the world has changed in the meantime,” said Schwarzer emphasising that the international presence of China currently plays a determining role.

Schwarzer said Europeans were demonstrating awareness of Europe’s role in the world from an economic and financial point of view compared to other powers.

“Now, the future will depend on the composition of the (future) German government. The Christian Democrats of the CDU have been very cautious about changes in the eurozone on issues related to financial risk or solidarity or the use of financial instruments, as we have seen with the Recovery Fund. The SPD social democrats have not been very different, but there are differences in thinking,” he stressed.

On the fundamental differences between the CDU and the SPD, Schwarzer highlighted fiscal policy stating that this is an issue where Germany and France can find convergence, particularly, but that everything will depend on the French Presidential and the composition of the future German government.

The study was presented by academic Piotr Buras from the European Council on Foreign Relations in Warsaw, who said the country’s “golden age belongs to the past” and that Germans must show the ability to reinvent themselves.

“I have no options. I have to be optimistic. What we show in our study is the German paradox. When it looks back, Germany sees an era of great success with Angela Merkel, but this model is politically unsustainable. Germany has to reinvent itself in many areas. We can think of a better future in the EU and Germany, and this is in the hands of the Germans. Come out of the shadows of the glorious past,” said Piotr Buras.