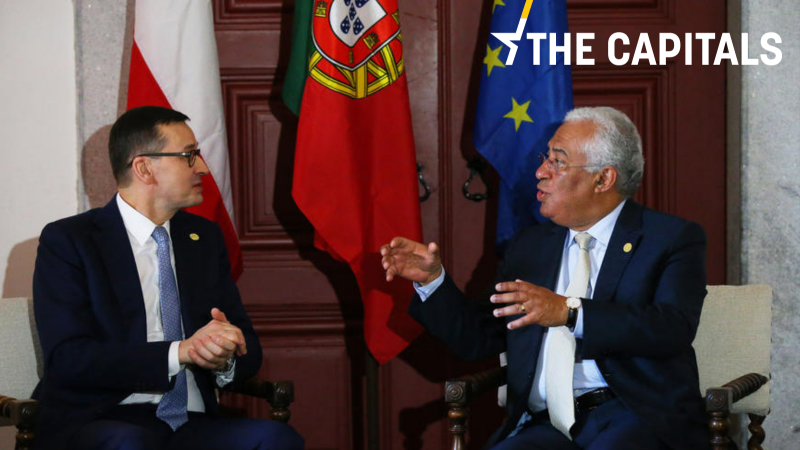 Portugal sided with Poland and Hungary behind closed doors, according to Publico. [EPA/NUNO VEIGA]

Portuguese PM António Costa is reported to have criticised the proposal to have a mechanism linking EU funding with upholding the rule of law  – a bone of contention that has prompted Hungary and Poland to veto the EU budget and recovery programme – at the November meeting the Council of the EU, despite making public statements to the contrary, Portuguese daily Publico reports.

Behind closed doors, Portugal sided with Poland and Hungary, according to Publico.

Moreover, Portugal’s “very critical” attitude to the rule of law mechanism was to be recorded in the classified protocol of the meeting by Germany, which currently holds the EU Council Presidency, the newspaper reported.

Portugal’s foreign ministry assured Publico that respect for the rule of law “has always been the red line” for a government that has not deviated from this principle, adding, however, that it was “always ready to find a solution that would allow an agreement to be reached.

From January, Portugal will take over from the German EU Council Presidency and will be responsible for any further negotiations with Poland and Hungary.

To confirm this information, the journal refers to a telephone conversation with the former head of the Polish foreign ministry, Witold Waszczykowski, who said: “Portugal played on our side in this ideological war.” He also mentioned the Visegrad Group, Slovenia and Latvia.

Costa has recently said member states that want “common values” are to be distinguished from those that consider Europe’s future from a purely economic perspective.

In an indirect reference to the Netherlands, Costa said there are countries which “are also wondering what this future is and some are even founders of the European project, but they were less visible and vocal because they followed the UK wave and are now more exposed”.

Contacted by EURACTIV, sources in Brussels expressed surprise at this and pointed out that it was Costa who said in July the EU budget and rule of law had to be separated while it was Dutch PM Mark Rutte and his Finnish counterpart Sanne Marin who pushed for a rule of law mechanism at the July summit. Read more: Costa: Some countries defend UK’s EU future vision.

One response to “Portugal: Poland’s unexpected ally on rule of law?”