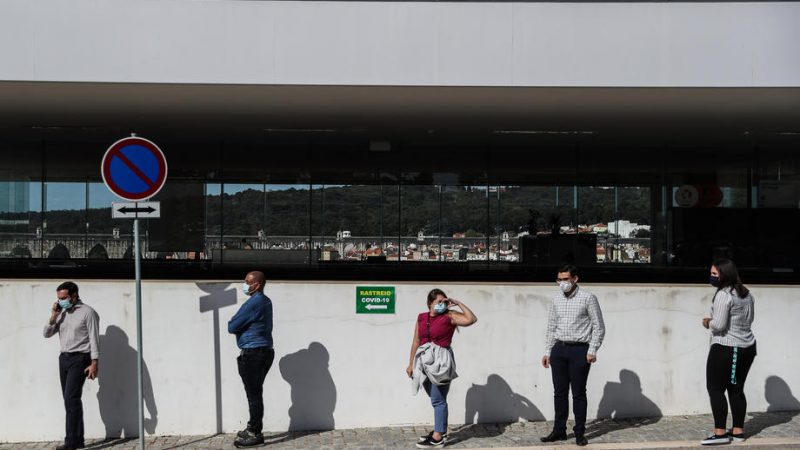 Coronavirus cases in Portugal jumped by 1,350 in the past 24 hours, the biggest increase since late February, data from the national health authority DGS showed this week.

The new cases brought the total number of infections in Portugal, which faced a tough battle against the coronavirus in January that left the health system on the verge of collapsing, to 860,365 on Wednesday.

Six deaths were reported on Wednesday, bringing the death toll to 17,055 since the start of the pandemic. The number of people in need of hospital care – both on wards and intensive care – has also slightly increased.

The jump in infections comes less than a month after tourism-dependent Portugal opened to visitors from the European Union and Britain after it started to ease strict lockdown rules in mid-March. Most businesses have already reopened.

Portugal said on Wednesday it would also allow U.S. visitors who test negative for the coronavirus into the country.

The government has come under fire for allowing two mass gatherings of football fans to take place last month – one in Lisbon when Sporting won the Portuguese title and one in Porto for the Champions League final.

As the weather warms, thousands have been heading to beaches and terraces across the country of over 10 million, where just 2.3 million have been fully vaccinated against the coronavirus.

Around 69% of Wednesday’s new cases were reported in and around the capital Lisbon.

Much of Portugal moved to the next stage of looser lockdown restrictions this week, but stricter rules remain in place in Lisbon due to the worrying rise in infections. Government ministers will meet on Thursday to decide on the next steps. (Reporting by Catarina Demony Additional reporting by Victoria Waldersee Editing by Bernadette Baum)