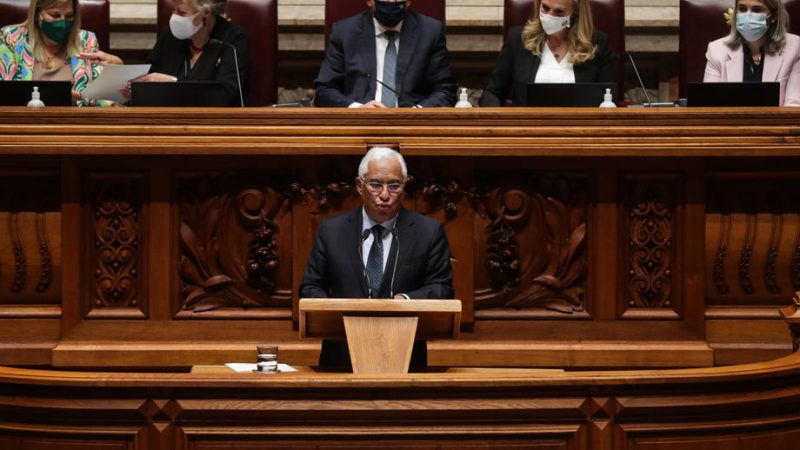 Portuguese Prime Minister António Costa on Monday ruled out a constitutional revision for a new legal framework in Portugal on access to metadata by security forces.

This was communicated at the end of the Supreme Council of Internal Security (CSSI) meeting at the Ajuda Palace in Lisbon, with Justice Minister Catarina Sarmento e Castro, a former judge of the constitutional court, by his side.

The metadata law is about retaining data on personal communications for a one-year period. Metadata is not related to the content of phone calls, but it concerns for instance at what time someone made a certain call and its duration.

The law’s main objective was to combat terrorism and investigate cases of organised crime.

But Portugal’s Constitutional Court has retroactively ruled several articles of the law to be unconstitutional, triggering a heated debate in Lisbon.

The best response, according to Costa, “is at the legislative level from the internal point of view and at the level of the European Union. In the EU, where countries will obviously have to debate the consequences of the decision of the EU court of justice”, he said.

On the terrorist threat, Costa said “we should not forget that this threat has not disappeared”.

“Therefore, within the EU, we will have to discuss what is the appropriate way to respond collectively. We cannot disarm the democratic rule of law of the indispensable tools in relation to organised, transnational and complex crime”, he said.

The prime minister had previously announced that the government would present a bill to change the metadata law later this legislative session, responding to the recent declaration of unconstitutionality by the constitutional court.

“It is now necessary to proceed with the drafting of a new legal device that respects the limits of the constitutional court and also the limits of the decision of the EU court of justice,” the leader of the executive said.

“The minister of justice has a working group that is already working, so that, hopefully in June, as soon as the Portuguese parliament has finished its deliberations of the draft state budget for 2022, we may have a new legislative framework. A new legislative framework that respects the jurisprudence of the EU court of justice and the constitutional court and that does not deprive the rule of law of the tools to fight the most serious crimes”, he added.