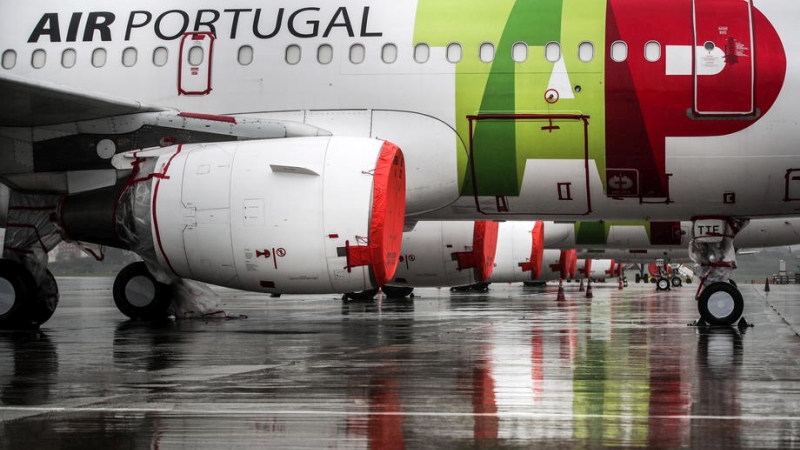 On 10 June, Portugal formally notified the European Commission that it would provide TAP with €3.2 billion in aid to finance a restructuring plan for the group, through TAP Air Portugal, the state-controlled holding company. [EPA-EFE/MARIO CRUZ]

National flag carrier TAP is planning to put its restructuring plan into operation in October, its CEO, Christine Ourmières-Widener, said in an interview published in the company’s internal newsletter.

Explaining that she prefers to talk about a “transformation” rather than a restructuring, Ourmières-Widener recalled the role of the European Commission and the Portuguese government in the process.

“First of all, there is this dimension of the European Commission – they know our plan, we have been talking about it, it is being led by the government, because we are talking about state aid,” she said, stressing that even so, the carrier was “definitely” involved in the talks.

“About the plan: what we are doing now and what we want in the future I think is clear,” she said, indicating that “it will focus on restructuring costs” and adjusting capacity to demand.

Ourmières-Widener also stressed the importance of the company being closer to customers, as well as assuring “an employee dimension” that is being developed but gave no further details.

“It is a vast and complex plan and we intend to operationalise it in October,” she said, noting that it was still necessary to “submit the implementation plan to the Board of Directors in advance, in accordance with the procedures.

“We are working to be more specific and more detailed about what we want to do today, in a few months and next year,” Ourmières-Widener also said.

“It is always difficult to predict what we want to do in four, five years from an action plan. But at least we want to start to publicise as much as possible what the priorities are for the coming months and next year.”

On 10 June, Portugal formally notified the European Commission that it would provide TAP with €3.2 billion in aid to finance a restructuring plan for the group, through TAP Air Portugal, the state-controlled holding company.

“I think aviation is going through the most difficult crisis since its creation,” the airline’s CEO said.

TAP’s CEO was nevertheless optimistic about the airline’s prospects, saying that she believes this crisis” will be difficult to overcome, but at the same time we must believe that we will become stronger after it”.

Ourmières-Widener predicted “some changes in the commercial aviation” sector, saying that “some companies like low-cost airlines will be even bigger, because they have a very strong cash position compared to flag carriers” like TAP.

She also pointed to customers being increasingly “willing to access more services online” rather than using travel agencies”.

“The digital transformation we expect will be even stronger and we have to listen and understand the trends to be ready to respond when signs of recovery start to appear,” Ourmières-Widener said.

“Business travel will not recover to the same level as leisure travel but TAP as an airline is a little better prepared than the others because it has been strong in leisure travel vis-à-vis other flag carriers,” she added. (Alexandra Noronha, Lusa.pt)