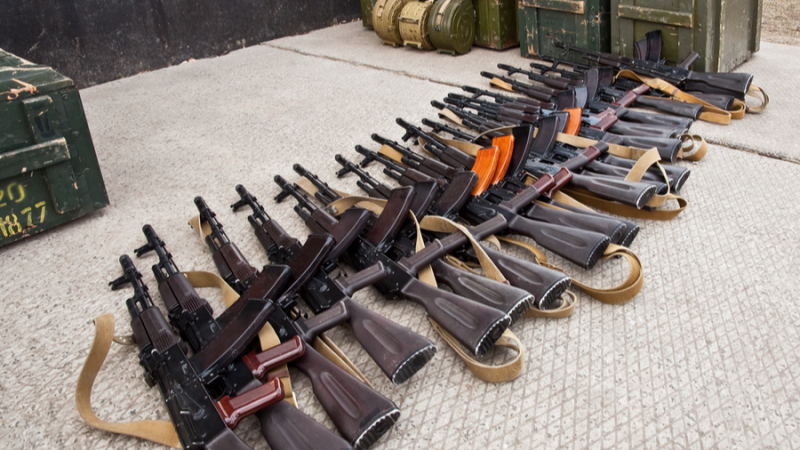 Asked about the Portuguese contribution, Gomes Cravinho specified that “it will be between €8-10 million”, but only a few weeks from now will there be “an exact figure”.  [Shutterstock / specnaz]

Portugal’s contribution to the European package to supply weapons to the Ukrainian army will be around “€8-10 million”, Defence Minister João Gomes Cravinho announced on Monday.

Speaking to the Lusa news agency, after having participated by videoconference in the meeting that brought together EU defence ministers Monday, João Gomes Cravinho said that Portugal’s contribution will be made through the country’s share of the European Peace Facility, “which has already determined a support of €450 million.”

Asked about the Portuguese contribution, Gomes Cravinho specified that “it will be between €8-10 million”, but only a few weeks from now will there be “an exact figure”.

On Sunday, foreign ministers of the 27 gave their backing to a €450 million package to fund the supply of weapons to the Ukrainian army fighting the Russian invasion, in a decision that marks a historic turning point in the EU.

In addition to financial support for this European mechanism, Portugal will also send military equipment to Ukraine at the request of the Ukrainian authorities.

As for the 174 Portuguese soldiers who will be sent to Romania under NATO, Gomes Cravinho said that a first group is leaving today to prepare for the reception of the contingent, which is being prepared, a phase that “naturally will take several weeks”.

“Several soldiers are leaving today for Romania and will work with the Romanian military authorities in preparing the reception on that side. The necessary work is underway on our side here in Portugal for the preparation of the deployment and, therefore, within a few weeks, it will be projected,” he added.