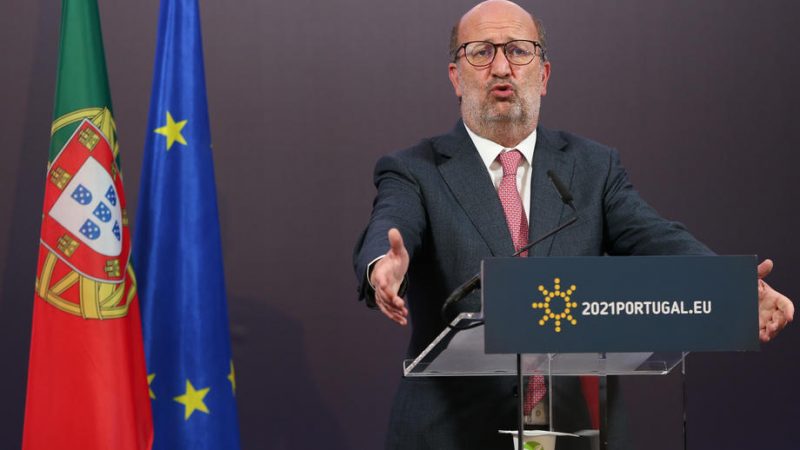 Given the price increases, Matos said it was “fundamental to guarantee” that the government’s revenue following this increase is returned to the Portuguese people. [EPA-EFE / MANUEL DE ALMEIDA]

It is “necessary” that the government can “act on fuel marketing margins” to cope with price increases, despite not having “the capacity” to do so, Environment Minister, João Pedro Matos Fernandes, said on Monday.

“In the government’s view it is necessary that it can act on the margins, not only of marketing, at the petrol pumps, but on all the margins of the numerous actors that exist throughout the process”.

Matos Fernandes stressed that the government does not currently have “any capacity to do so”.

On 8 October, parliament approved the final text of the government’s draft law that allows the setting of maximum marketing margins for simple fuels and bottled LPG.

Given the price increases, he also said it was “fundamental to guarantee” that the government’s revenue following this increase is returned to the Portuguese people.

To journalists, Matos Fernandes recalled that fuel taxes “have not had any change for years” and that the measure announced does not “aim to restore what is the increase in fuel, but to return to the public the revenue that the State has had more, not because of the ISP, but because of VAT.”

The minister also said he believed that the price of oil “will remain at this level” and that “it will not rise”.

Last Friday, the Secretary of State for Fiscal Affairs announced that the government would pass on the €63 million of VAT collected due to the increase in the average retail price of fuel, plus €27 million for rounding, bringing the total to €90 million.