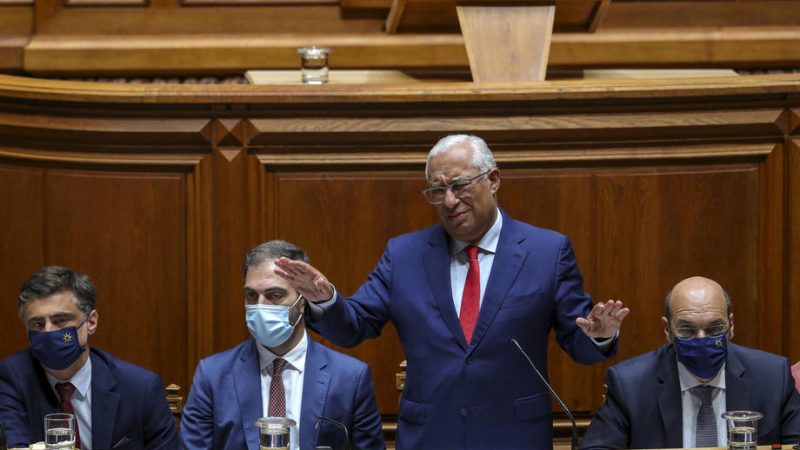 “We have the State Budget proposal for this year ready, honouring the commitments made, such as the extraordinary increase of pensions with retroactive effects, the reduction of personal income tax for the middle classes and the beginning of free nurseries,” said António Costa after being sworn in as prime minister. [EPA-EFE / MIGUEL A. LOPES]

The government wants to continue the budget negotiations with the left and asked for a spirit of compromise, Prime Minister António Costa said on Tuesday. Nothing justifies putting an end to the governing coalition that took office in 2016, he added.

This political position on the impasse in the budget negotiations with the Left Bloc, PCP and PEV was conveyed by Costa in the opening speech of the parliamentary debate on the government’s proposed State Budget for 2022.

“We do not blackmail, issue ultimatums, or close doors to dialogue. This general debate is a good time to continue it. If the honourable Members allow it, the speciality phase is the right time for a detailed discussion of proposals and wording,” the prime minister said.

In a message to the PCP, the Left Bloc and the PEV, parties that have already communicated their intention to vote against the budget, Costa said, “let’s consolidate the many advances we have already achieved. Let us respect the Portuguese people who do not want a crisis. Let us understand the historical moment in which the country is living”.

Costa called for “political will, creativity and a spirit of compromise”, considering that “nothing justifies putting an end to the journey that began in 2016”.