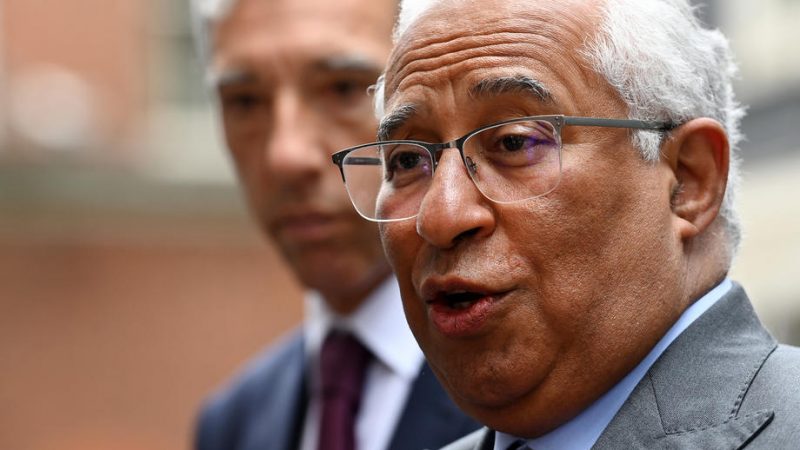 The subject of Ukraine was brought up in the Portuguese parliamentary debate on general policy by the Livre party lawmaker, Rui Tavares. [EPA-EFE/ANDY RAIN]

Ukraine’s EU integration could cause the EU to implode rather than strengthen and could even be a trap for Ukraine if no consistent decisions are taken, Portuguese Prime Minister António Costa said on Wednesday.

The subject of Ukraine was brought up in the Portuguese parliamentary debate on general policy by the Livre party lawmaker, Rui Tavares.

Rui Tavares questioned Portugal’s plan for a new development model for the country, given the prospect of European enlargement.

The prime minister began by replying that Portugal has argued from the outset that “these accessions have to be taken seriously” so as not to create “false expectations”.

“But to be taken seriously and to be consistent, the EU needs a new institutional and budgetary architecture under penalty of this integration not being a strengthening of the EU, but its implosion, not a support to Ukraine, but a trap for Ukraine,” he said.

He said that he had received all the parliamentary parties on Friday regarding this European Council and, in the end, given the “almost unanimous” support of all political forces (the PCP communist party argued that the priority should be “dialogue” and “efforts towards peace”), announced that Portugal would follow the opinion of the European Commission to grant Ukraine and Moldova the status of candidate countries for EU membership.