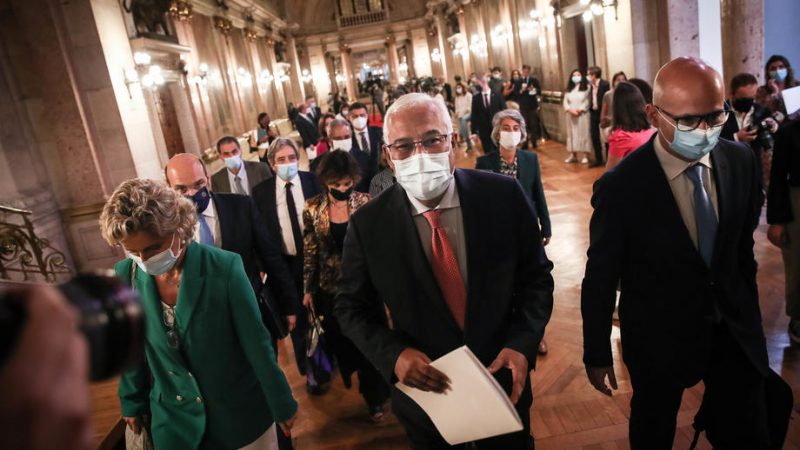 The government has a “clear conscience” after the Budget vote and is ready to continue governing or go to elections. [EPA-EFE / MARIO CRUZ]

The government has a “clear conscience” after the Budget vote and is ready to continue governing or go to elections, depending on the president of the Republic’s decision, Prime Minister António Costa said on Wednesday evening.

Costa spoke to journalists outside parliament shortly after the draft State Budget for 2022, which was voted down by PSD, BE, PCP, CDS-PP, PEV, Iniciativa Liberal and Chega.

“The government comes out of this vote with a clear conscience, and head held high. We will never turn our backs on our responsibilities and our duties to the Portuguese people,” said the head of government and secretary-general of the Socialist party.

According to the PM, “from now on, naturally, with parliament having taken this decision, which does not allow us to move forward in the Budget negotiations, it is exclusively up to the President of the Republic to assess this situation and take the decisions he sees fit to take”.

According to Bloomberg, President Marcelo Rebelo de Sousa has said that if the budget is rejected, the parliament will be dissolved, probably leading to early elections in January.