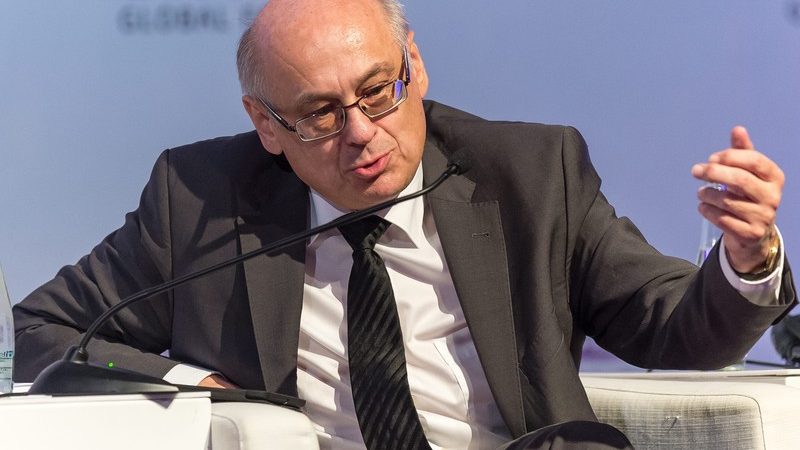 The MEP did not disclose which lobbyists he met as rapporteur while working on the report on the trans-European energy infrastructure. [EPA/ MACIEJ KULCZYNSKI]

Two powerful Brussels NGOs accused MEP Zdzisław Krasnodębski of the Law and Justice (PiS) party currently part of the ECR group in the Parliament of concealing the list of lobbyists and supporting EU financing of fossil fuels.

The MEP did not disclose which lobbyists he met as rapporteur while working on the report on the trans-European energy infrastructure, the Global Witness and Corporate Europe Observatory has said. A vote on the report is scheduled in the EP industry committee on Tuesday.

MEP Krasnodębski is the rapporteur on the rules for future financing of the European energy transformation from the EU budget. One of the key problems is the financing of new gas infrastructure from public funds.

Poland has been one of the main construction sites for new gas infrastructure in recent years as the government’s strategy is based on replacing coal with another fossil resource – gas. Minister Piotr Naimski recently announced plans to end gas imports from Russia.

Krasnodębski, a vice-chair of the ITRE committee, reportedly informed the organisations that he would disclose the list of interlocutors just before the Tuesday vote. Most of the other MEPs involved in negotiations of the file have revealed their lobby contacts already.

The investigation stated that the rapporteur will also most likely try to expand the list of gas investments financed from the European budget. The second controversial idea, which is the effect of the gas lobby, is the permission to finance gas investments to use the hydrogen produced as a side effect of the production of fossil fuels.

Krasnodębski’s report, if approved by the committee, will be a mandate for the final negotiations with the Council. This proposal is part of the Green Deal package.