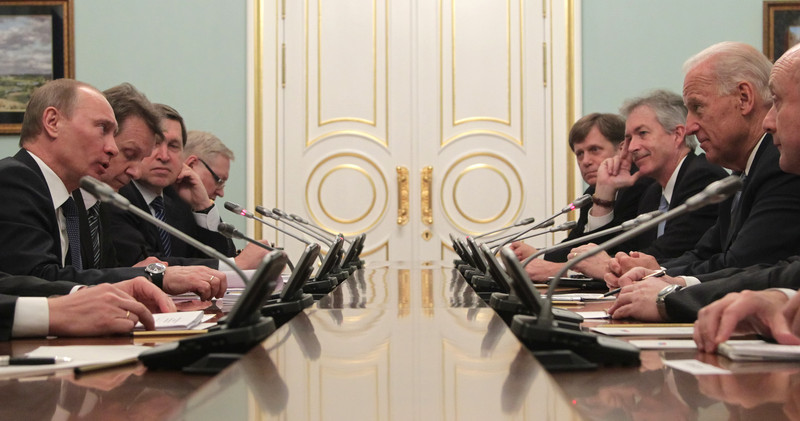 After US President Joe Biden proposed a face-to-face meeting with his Russian counterpart Vladimir Putin so the estranged leaders could tackle a raft of disputes, both Prague and Vienna offered to host a summit between the two nuclear powers.

Czech Deputy Prime Minister and acting Foreign Minister Jan Hamáček on Wednesday asked Czech ambassadors in Moscow and Washington to propose Prague as the location of the summit.

According to a Kremlin statement released after a call between Biden and Putin on Tuesday, Biden had “suggested considering the possibility of holding a personal meeting at the highest level in the foreseeable future”.

Russia answered the next day, saying it was premature to talk in tangible terms about a possible meeting between Putin and Biden, but added that Moscow would study the proposal.

In April 2010, Prague hosted a meeting between then US President Barack Obama and his then-Russian counterpart Dmitry Medvedev. The summit achieved its goal of signing off on a new strategic arms reduction treaty, New START.

Austrian Foreign Minister Alexander Schallenberg meanwhile said that Vienna was always ready to provide a venue for a possible meeting Putin and Biden, if the sides choose to have it organize their summit on Austrian territory.

During the Cold War, Austria was considered a neutral country, the same as Finland, and Vienna has been hosting Russia-US arms control talks, as well as the OSCE, the Organization for Security and Cooperation in Europe.

Czech officials meanwhile often stress their understanding and good relations with both the US and Russia. For example, on the issue of the controversial Nord Stream 2 gas pipeline, Prague is considered to be in the middle.

Relations between the US and Russia are currently difficult, partly because of the rising tensions between Russia and Ukraine.