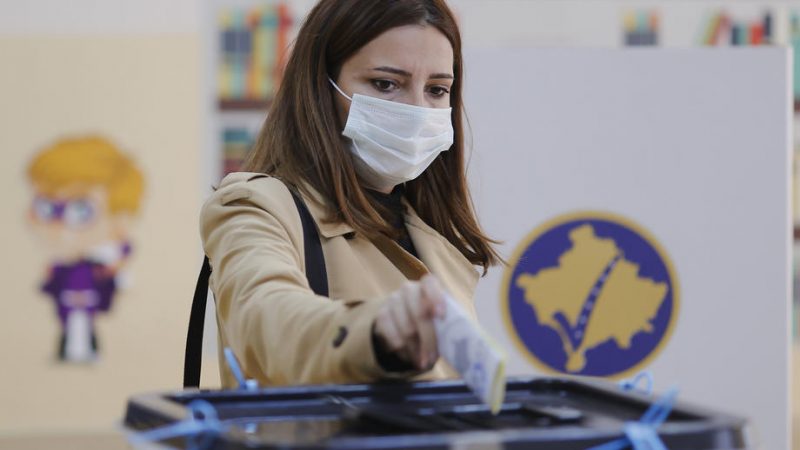 Preliminary results from the second round of mayoral elections in Kosovo show a defeat for Vetevendosje, the ruling party. [EPA-EFE / VALDRIN XHEMAJ]

Preliminary results from the second round of mayoral elections in Kosovo show a defeat for Vetevendosje, the ruling party, especially in key areas like Prishtina.

On Sunday (14 November), citizens in Kosovo went to the polls to vote for mayors in 21 out of 28 municipalities.

Results were released after counting 90% of the votes. In the capital of Prishtina, Preparim Rama, the candidate of the Democratic League, beat former health minister Arben Vitia from Vetevendosje.

The first round of elections, which took place in October, did not yield a majority winner in the vast majority of areas. Any race where a winner did not get more than 50% must run again with the first and second most popular candidate competing, as per Kosovo’s electoral law.

Elections have taken place in three of the country’s most important districts. Prishtina, Prizren, and Gjakova. The race in the capital served as a test for Prime Minister Albin Kurti, who is in his second mandate as prime minister after his first government was toppled in 2020 by the Democratic League.