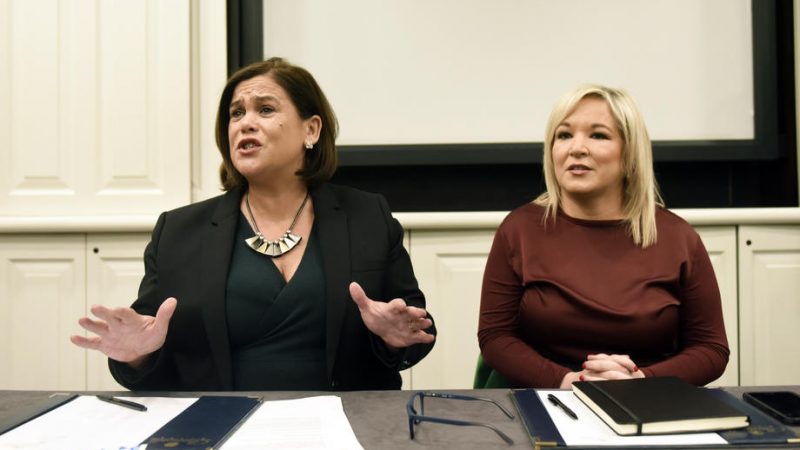 Sinn Féin leaders Mary Lou McDonald and Michelle O’Neill on Wednesday gave their backing for the EU's implementation of the controversial Northern Ireland Protocol, and called for support in resolving the political impasse in Northern Ireland. [EPA-EFE/AIDAN CRAWLEY]

The Irish republican party Sinn Fein is “closer than we ever have been [to a united Ireland], and I think now is the time to plan,” the party’s former Deputy First Minister Michelle O’Neill said in an interview with Sky on Sunday.

The UK’s exit from the EU, and the Northern Ireland protocol which is opposed by the pro British Unionist community, has led to an increase in support for a united Ireland and O’Neill, who is likely to emerge as Northern Ireland’s next First Minister, urged the Irish government in Dublin to start preparing for the reality of Irish unity.

“Let’s not fall into the traps that have been fallen into, in terms of Brexit. Make the preparation, let’s start to have a healthy conversation about the things that matter every day to people,” she said.