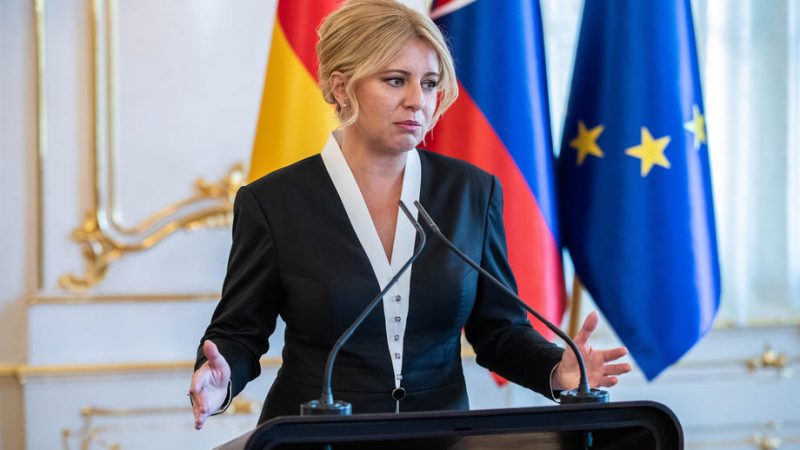 Čaputová first talked about the pandemic, pointing out that Slovakia had the most COVID-19-related deaths per capita in the world. [EPA-EFE/ JAKUB GAVLAK]

Slovakia is a “wounded country” that is in desperate need of stability and clear leadership, said President Zuzana Čaputová in an address to the nation in her second state of the republic on Tuesday. She added that “Slovakia needs peace based on truth and justice, but also on expertise and solidarity.”

Čaputová first talked about the pandemic, pointing out that Slovakia had the most COVID-19-related deaths per capita in the world. She criticised the chaos in the country’s healthcare system and the insufficient measures to fight against poverty and regional differences.

Čaputová also addressed the current mood in society, which she said is permeated by fear, division, polarisation and rage.

“Fear and rage are the two strongest emotions with which people react to the pandemic,” said Čaputová, adding that such emotions, notably with regards to vaccines, are dividing families, colleagues and friendship groups. Though she said she could understand people refusing to get the vaccine, she could not fathom people who use the vaccination topic to spark hatred against other groups of people or for their own benefit.

“History showed us that hatred creates nothing, but destroys everything, even its originator. We need to protect this world and Slovakia’s place in it,” she said.

The president also praised the consistency of Slovak officials on foreign policy, including matters related to the EU and NATO. She mentioned the solidarity with Czechia after it was revealed that Russia was involved in an ammunition deposit blast in 2014 in Vrbetice.