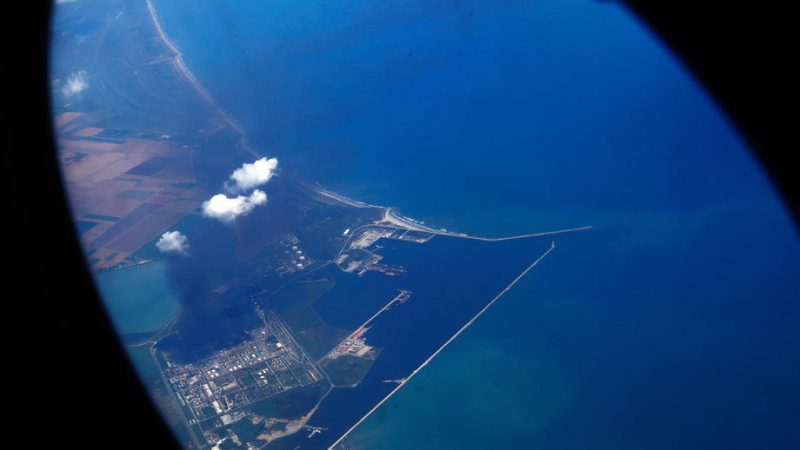 According to Iohannis, the offshore project is essential for ensuring security of energy supply and for achieving the objectives of the transition to green energy. [EPA-EFE/ Robert Ghement]

“The completion of negotiations between the US company ExxonMobil and Romgaz is encouraging for the involvement of the national producer as an active partner in the exploitation of natural gas in the Black Sea,” Iohannis said after a meeting with a delegation of Austria’s OMV group, headed by its CEO, Alfred Stern.

ExxonMobil announced in July 2019 that it plans to sell its 50% share in the Neptun Deep project and, after talking with various investors, in June 2021 it started exclusive negotiations (for four months) with Romgaz. The two companies have not yet announced the result of these negotiations.

According to Iohannis, the offshore project is essential for ensuring security of energy supply and for achieving the objectives of the transition to green energy.

“The Black Sea region is and must remain a pole of regional stability and a strategic perimeter for national security. Romania has a real potential in natural gas production, which can and must secure Romania its energy independence,” the president also said.

Discussions with the management of OMV, the owner of Romania’s largest oil and gas company, OMV Petrom, covered opportunities and challenges on the energy market.

Iohannis emphasised the key role of natural gas and exploitation of Black Sea reserves in the green transition, but it also pointed out the worrying increasing trend of energy prices, especially since Romania is one of the largest gas producers in Europe.