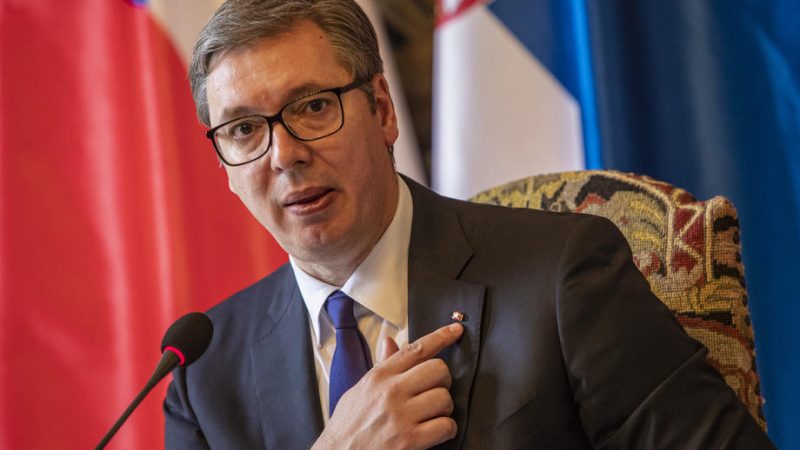 Serbian President Aleksandar Vučić said Serbia would not leave Republika Srpska without economic or any other form of support. [EPA-EFE/MARTIN DIVISEK]

Serbian President Aleksandar Vučić said on Tuesday he did not wish to comment on the measures and counter-measures that Bosnia and Herzegovina introduced following High Representative Valentin Inzko’s decision to outlaw denial of genocide, explaining that it was a matter of another country.

However, he added that Serbia would not leave Republika Srpska without economic or any other form of support.

Commenting on Inzko’s decision to ban denial of genocide in Srebrenica, Vučić said that “the imposition of decisions from the outside” had never rendered good results.

“We have been carefully following the developments in Sarajevo and Banjaluka and I am afraid that the atmosphere in Bosnia and Herzegovina has been at the hottest point since the end of the war and signing of the Dayton Accords,” Vučić told reporters.

He also said that the 26th anniversary of the exile of the Serbs during Croatian Operation Storm, which Vučić called the biggest ethnic cleansing in Europe since World War II, would be marked in Busije, near the Belgrade suburb of Batajnica, on 4 August.

“I think that on that day we will talk with the RS leadership. Serbia wants peace and that is why we will present concrete proposals for conducting a dialogue with the Bosniaks, because we have to try to build brotherly ties in the future,” Vucic said.