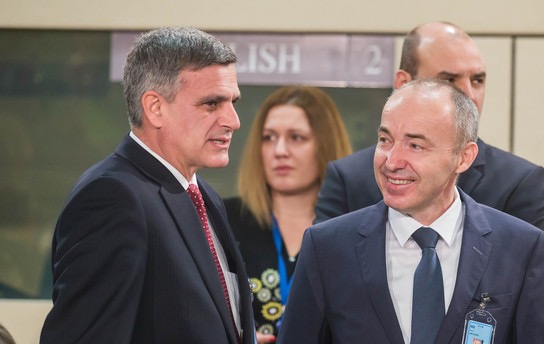 Bulgarian President Rumen Radev has appointed his security and defence adviser, Stefan Yanev, to head a caretaker government due to take office on Wednesday (12 May) after recently elected MPs failed to form a government following April elections.

Early parliamentary elections will be held on 11 July. Before becoming defence minister, incoming Prime Minister Yanev was a defence attaché at the Bulgarian Embassy in the US, and headed the transformation department at the NATO Counter-Terrorism Centre in Ankara, Turkey.

The economy and finance portfolios will go to Harvard graduates Kiril Petkov and Asen Vassilev respectively. Velislav Minekov, who was one of the leaders of the summer anti-government protests in 2020, will be in charge of culture. (Krassen Nikolov | EURACTIV.bg)