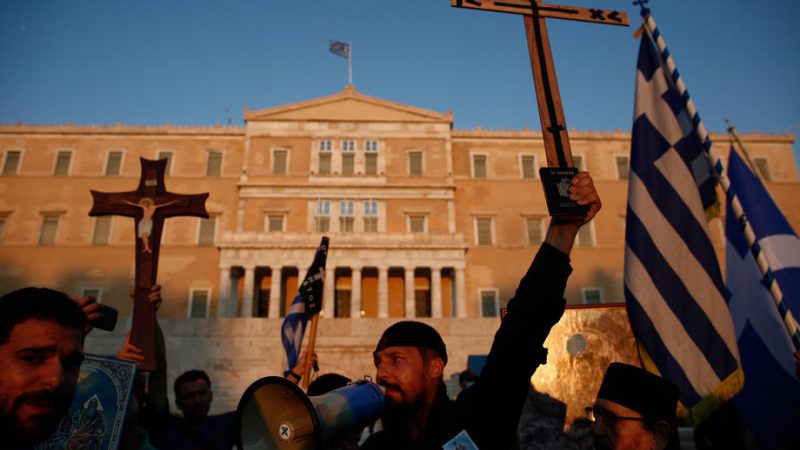 The prime minister’s office has allegedly instructed the national intelligence service (EYP) to monitor citizens opposing anti-pandemic measures and health workers who have been suspended but are protesting, according to journal Efimerida ton Sintakton (Efsyn).

Protesting anti-vaxxers have also been targeted.

According to the report, EYP was asked to record all movements, their associates, and their “ideological background” since early 2020. The briefings compiled for EYP include names, mobile phones [to be put under surveillance], and the ‘instigators’ social activities.

An internal report sent last July reads: “We inform you that in the near future, there will be protest rallies-marches against the measures taken to prevent the spread of COVID-19 and the compulsory vaccination in various cities around the country. In view of the above, please immediately forward to the central office any information you have or may be able to collect in your Z.E. (zone of responsibility), about the participants (groups-individuals) in these rallies (including personal information such as phone numbers, social media accounts, status, activity, ideological background, as well as the instigators).”

The journal also published the responses sent by the local services to the headquarters of EYP, which confirm that the employees of the Service did as they were asked.

The leak shows that the operation extended to activists involved in immigration and refugee rights. In one particular case, EYP asked for information about a woman working in the public sector because she “appears as a champion of labour and human rights of migrants by participating in campaigns…”.

In another leak, the service sought information on collecting data on a lawyer who has been called to defend a migrant in court.

The main opposition, Syriza party, accused Prime Minister Kyriakos Mitsotakis of having established a surveillance regime. There has been no official reaction by the government so far.