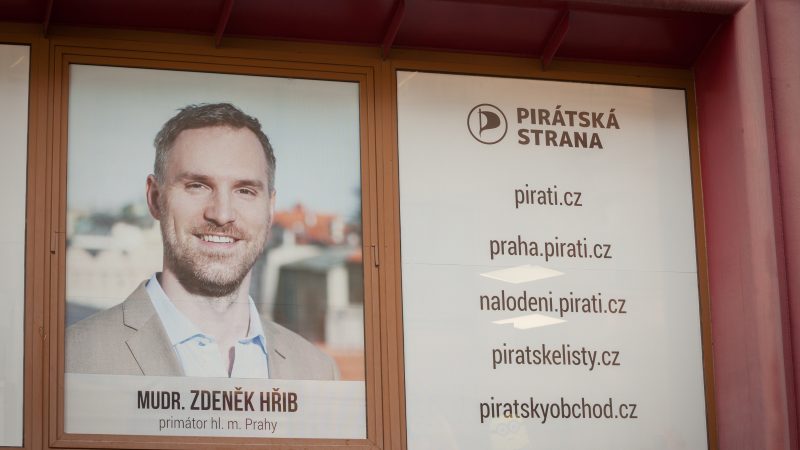 According to the Czech Elves – an organisation fighting against disinformation – the Pirates became the main target of disinformation campaigns, affecting their overall support among Czech society. [Shutterstock / BalkansCat]

Eight months ago, opinion polls suggested that the Czech Pirate Party (Greens/EFA) and coalition partner Mayors and Independents (EPP) could get more than 25% of the votes. But on the eve of the Czech parliamentary elections, they are struggling to hit 20%.

The organisation warned that the European Union, the Czech Pirate Party, and the US are among the main disinformation targets.

“Pirates had to rebuke many lies and non-sense attacks from Andrej Babiš,” the European Parliament’s vice-president Marcel Kolaja (Pirates, Greens) told EURACTIV.cz. He added that many Czech citizens trust chain letters, a favourite tool used in the Czech disinformation scene.

“Andrej Babiš scared Czech citizens when he told them that Pirates want to pass the power to Brussels,” Kolaja explained.

In video spots published by the Czech PM, warnings are made against the role of EU institutions, and topics like security or migration are discussed. While the Czech Pirates support qualified majority votes in tax or foreign policy issues, Babiš wants to keep his veto.

In Babiš’s election campaign, Czechia’s EU membership is among the main topics. The PM claimed that he would protect Czech sovereignty from the influence of the European Commission and the European Parliament.

Babiš is also positioning himself as a target of disinformation. Just a few days ago, he claimed that the so-called Pandora Papers, which leaked his secret wealth, were leaked on purpose ahead of Czech elections that will take place from 8 to 9 October.