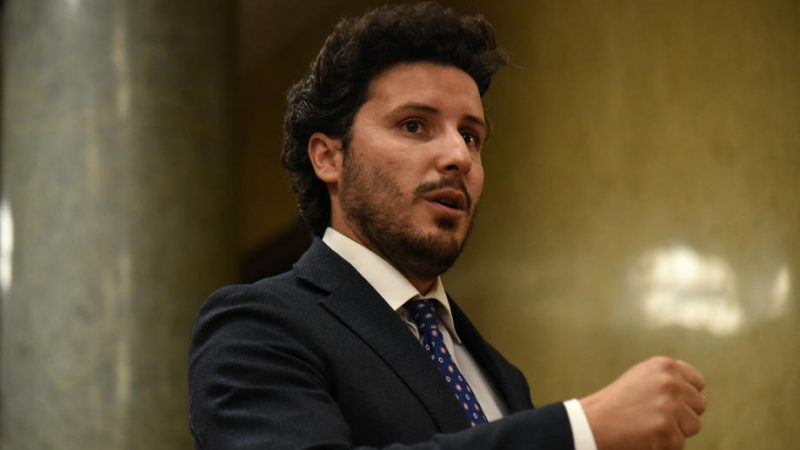 The assembly will vote on the dismissal of Deputy Prime Minister Dritan Abazović. [EPA-EFE/BORIS PEJOVIC]

The pro-Serbian and pro-Russian Democratic Front (DF) would like to be part of the new government Dritan Abazović, the civic movement URA leader, is trying to form, Andrija Mandić, one of the party’s leaders told Serbian agency Tanjug.

Mandić has one condition, however.

DPS, the biggest opposition party that rule Montenegro from 1990 to August 2020  and which has President Milo Đukanović as its leader, must not be a part of it.

Mandić openly called for a meeting with Abazović who, as of Tuesday evening, did not react.

The US has stated that DF does not share European and NATO values and as such, there should not be a place in government for it.

Karen Maddox, the UK Ambassador to Montenegro, stressed that “the people of Montenegro elected 81 deputies in 2020, and as representatives of the people, they are free to choose to configure themselves as they think is best. “Alternatively, the majority in the Assembly can decide to address the people to make the election again,” Maddox added.

The UK supports the current government but shares the US position regarding DF. Last year, London was especially engaged in the fight against smuggling in Montenegro, and its main interlocutor was Deputy Prime Minister Abazović.

As expected, The Metropolitanate of Montenegro and the Littoral (MCP), part of the Serbian Orthodox Church, does not support the formation of a minority government and does not want to participate in inter-party calculations and political settlements.

The current government was formed in one of the Serbian Orthodox Church monasteries.