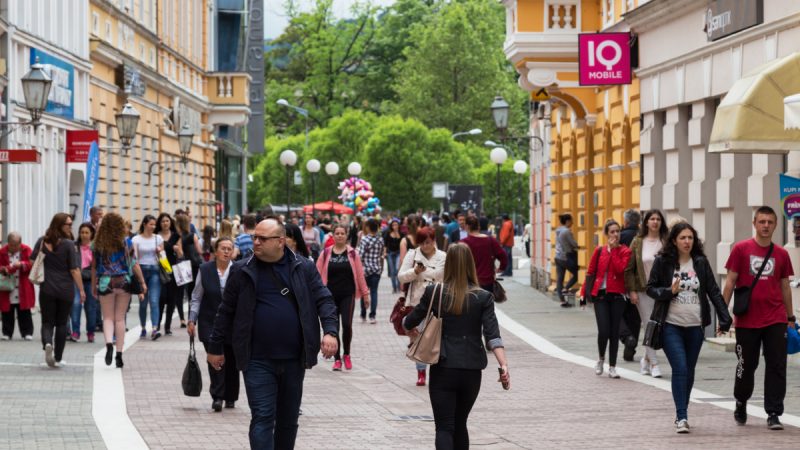 More than 3,000 people protested in Banja Luka against the authorities in Republika Srpska, the Serb entity, accusing it of corruption, crime and nepotism. [Shutterstock/novak.elcic]

More than 3,000 people protested in Banja Luka against the authorities in Republika Srpska, the Serb entity, accusing it of corruption, crime and nepotism. The protest started after Milorad Dodik, Serb member of the BiH presidency, accused BN television of ‘treason’ following revelations that the hospital in Banja Luka had treated COVID-19 patients with industrial instead of medical oxygen.

The president of the Democratic Progress Party, Branislav Borenović, said that next year the opposition would topple the current regime and send some leading politicians to jail.

“We want to defeat the evil, the regime and the tyranny and show that this can be a free and normal country. It better not cross their minds ever again to crush their own people, media freedom, and that’s why we’ll defeat and remove them from power,” he said.

Banja Luka Mayor Draško Stanivuković said the opposition was embarking on a merciless fight against “Dodik’s reign of terror,” calling the protest the start of an “uprising against the private state”.

“Republika Srpska is tired of one name and one family,” he also said, adding that Dodik was constantly making up new referendums and blockades as well as generating crises to cover up his criminal activities.

Dodik said it was unacceptable for freedom of speech in Republika Srpska to be used to spread lies and untruths. He said it is necessary to pass regulations to sanction anyone who spreads lies, deals with other people’s private life, and insults others.

The Serb member of the BiH presidency also called on the opposition to adopt regulations that will enable RS to sanction untruths, lies and insults of others and determine fines. “But they shouldn’t worry, because if they (the opposition) don’t agree to that – we won’t do it either”, Dodik added.