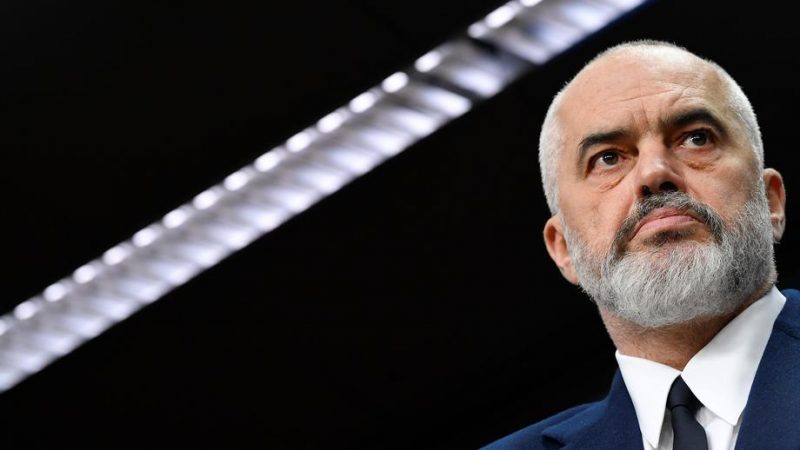 Prime Minister Edi Rama said he would ask the public whether the government should regularly publish the salaries of both citizens and residents. He claims that the leak of people’s wages in 2021 had a positive impact and saw salaries rise. [EPA-EFE/JOHN THYS]

The Albanian government’s possible plan to publish the salary of every citizen on an annual basis could find itself up against a legal hurdle, particularly if it wants to join the EU.

Prime Minister Edi Rama said he would ask the public whether the government should regularly publish the salaries of both citizens and residents. He claims that the leak of people’s wages in 2021 had a positive impact and saw salaries rise.

Responding to questions sent by Exit, the European Commission was clear that personal data protection is a fundamental right in the EU.

“The EU recalls that Albania has committed to adopting a revised law on personal data protection aligning with EU acquis including the GDPR in the course of 2022,” the Commission’s response noted.

The EU executive continued, saying that under GDPR any draft rules or legislation that foresees personal data processing and affects the right to privacy should undergo first an assessment of their necessity and fitness to the declared objectives, and proportionality, with due attention to alternative options. The data protection authority must be closely involved in such an assessment.

In other words, the government cannot simply start publishing people’s personal data based on the response of a national consultation.

On three occasions in 2021, state databases were leaked to the public, including people’s names, phone numbers, ID details, salaries, car registration numbers, and salaries. One leak, before the election, also included a “patronage” who is a member of the ruling party assigned with figuring out and reporting back on what certain people’s voting preferences would be.

It is still unknown who was responsible for all the leaks, some of which came from the civil registry. Human rights activists and members of civil society have criticised the breach of citizen privacy and said the government has no right to publish such information without the consent of each individual.

Albania is an EU candidate country, and while the accession process has stalled, it is expected to align national law with the EU acquis.