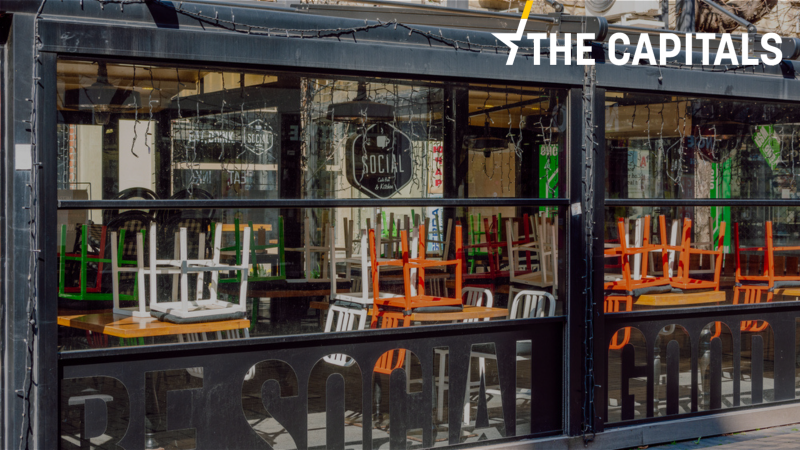 "If within 2 weeks there is no decision about opening our sector, we will follow the Italian model. All establishments will open in one day and work from then on. We have nothing to lose." [Shutterstock/ Plam Petrov]

The owners of Bulgarian restaurants and nightclubs  – which were forced to close months ago because of the pandemic – have threatened with civil disobedience and unauthorised openings of their businesses after police and health inspectors surprised a series of ‘illegal’ parties in restaurants.

“If within two weeks there is no decision about opening our sector, we will follow the Italian model. All establishments will open in one day and work from then on. We have nothing to lose. We will not wait any longer”, the Bulgarian Association of Restaurants’ chairman stated.

In response, Health Minister Kostadin Angelov said the option to open restaurants was not on the table. According to him, easing measures for the education, healthcare, and sports sectors remain a priority.

“Restaurants and hotels are a very important industry, but they are not our priority at the moment,” said Angelov on Monday. “Making threats will not lead to useful results”, the health minister added.

Later that day, restaurant and nightclub owners took a step back, insisting restaurants should be opened as of 1 February and nightclubs from 12 February but requested they be compensated quickly.

While restaurants have remained closed since 27 November 2020 but are still allowed to deliver food, nightclubs have had to shut their doors since mid-October. The industry, now in its second lockdown, will have to remain shut until the end of January. Shortly before New Year’s Eve, however, hotel restaurants were allowed to work until 10 pm for hotel guests only and with 50% of their capacity. (Krassen Nikolov | EURACTIV.bg)