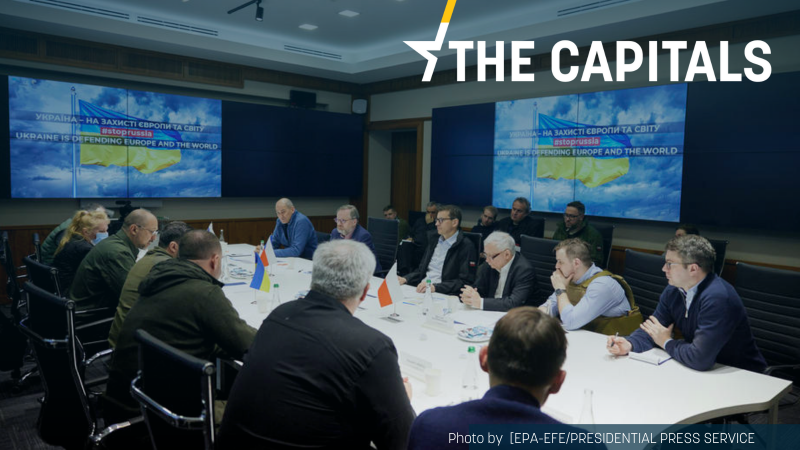 The trip was agreed upon at an EU leaders’ summit in Versailles in France last week, according to Polish prime ministerial aide Michal Dworczyk.

As EURACTIV.cz learnt, the three EU leaders want to discretely convey details of the visit to their counterparts at next week’s summit in Brussels. But the visit has also raised questions about the commitment of Europe and some particular leaders.

Three EU leaders’ trip to Kyiv was coordinated with European Commission President Ursula von der Leyen and European Council President Charles Michel, but an EU official said they did not have an official mandate from the EU.

The trip was agreed upon at an EU leaders’ summit in Versailles in France last week, according to Polish prime ministerial aide Michal Dworczyk.

Asked by reporters why neither Michel nor Von der Leyen joined the delegation, their respective spokespeople did not want to comment.

Some EU diplomats, however, pointed out that they ‘would have not expected them to’ since it would seem that ‘the levels of commitment’ are ‘painfully divergent’ across the bloc. 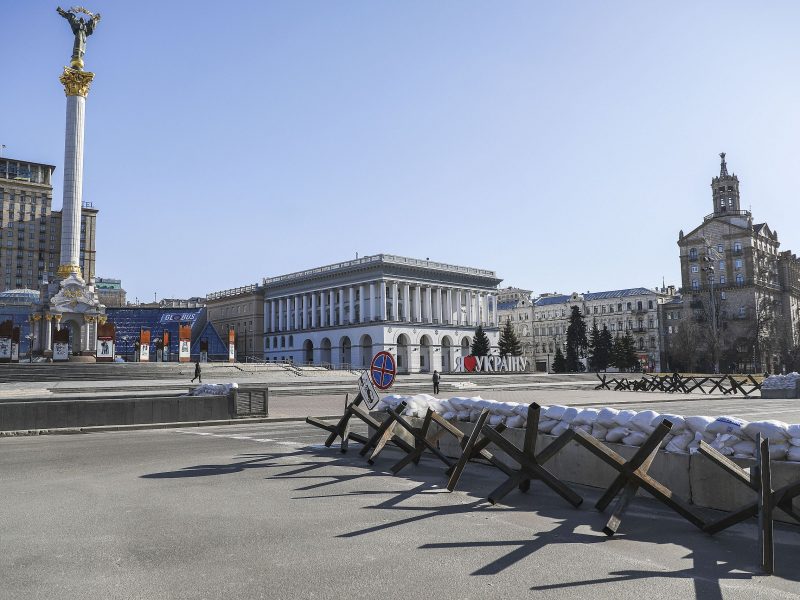 Still, the Ukrainian side considered the visit as ‘European mission’.

“The visit of three Prime Ministers on behalf of the EU Council will be recorded in history textbooks,” Ukrainian Prime Minister Denis Shmyhal said.

“We have complete confidence in these leaders, and that is why we talked about security guarantees and about our future in the EU,” Ukraine’s President Volodymyr Zelenskyy said after the meeting.

“We absolutely trust these countries and the leaders of these countries… we are 100% sure that everything we discuss will achieve its goals for our country, our security and our future,” he added.

“Europe must understand that if it loses Ukraine it will never be the same again – it will no longer be Europe,” Polish Prime Minister Mateusz Morawiecki said in Kyiv.

“Rather it will be a defeated, humiliated and pathetic version of its former self. I want a strong and resolute Europe,” he added.

According to Slovenian Prime Minister Janez Janša, the country that defends the ‘real’ European values the most is currently Ukraine.

“Then, suddenly, we realised that those fundamental European values actually exist. And that they are threatened. And that Europeans are defending them. With their lives. In Ukraine,” he added.

Thus, the EU should grant candidate status to Ukraine as soon as possible, a move from which EU leaders fell short of last week in Versailles.

“The main message of this visit is that you are not alone,” Czech Prime Minister Petr Fiala added.

Opposition-connected former Polish President Bronisław Komorowski pointed to the fact that although the government used to have poor relations with Brussels, Morawiecki and Kaczyński went to Kyiv as EU’s representatives.

“I hope this is an ultimate change of approach by the prime minister and the PiS government to Europe,” he said, quoted by Interia.

Slovakian Prime Minister Eduard Heger was also invited to join the trip, according to Dennik N. However, he refused to take part as Slovak security forces recommended him not to go due to “security reasons”.

EURACTIV’s media partner Telex contacted the Hungarian prime minister’s office to find out why Viktor Orbán was not travelling to Kyiv with his Polish, Czech and Slovenian counterparts.

It also asked whether Orbán or any other member of the Hungarian government had been invited to this trip and whether it would be diplomatically important for Orbán to represent the region at this meeting, in view of the fact that Hungary is chairing the Visegrad 4 Group until 2022.

An international peacekeeping mission should be sent to Ukraine and be given the means to defend itself, the leader of Poland’s ruling party, Jarosław Kaczyński, who also joined the trip, said on Tuesday after meeting Zelenskyy.

“I think that it is necessary to have a peace mission – NATO, possibly some wider international structure – but a mission that will be able to defend itself, which will operate on Ukrainian territory,” Kaczynski told reporters.

“It will be a mission that will strive for peace, to give humanitarian aid, but at the same time it will also be protected by appropriate forces, armed forces,” he said.

However, such a mission would likely require a no-fly zone, which has been repeatedly ruled out by Western partners, since it could run the risk of military engagement with Russian forces.