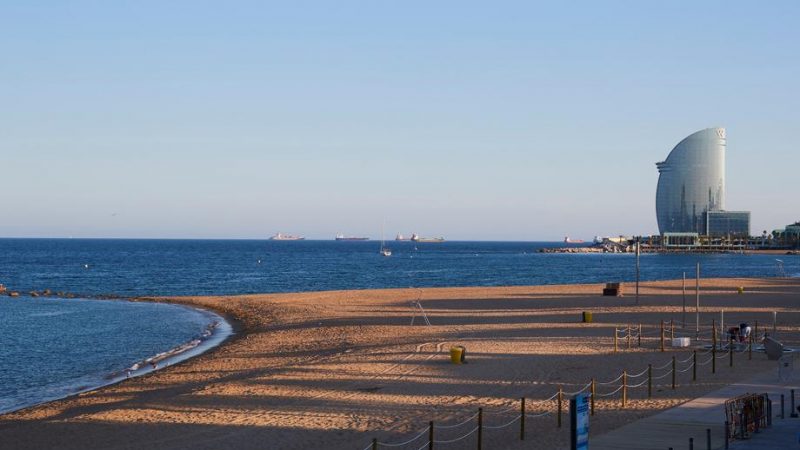 A view of the deserted La Barceloneta beach moments before the beginning of the night of San Juan, in Barcelona, Spain, 23 June 2020. [EPA-EFE/Alejandro Garcia]

The number of tourists traveling to Spain in September only just surpassed the 1 million-mark, marking a 87.1% drop compared to the same period last year. Tourist spending therefore did not even reach €1 billion that month, meaning it dropped 90% compared to 2019, official figures revealed on Tuesday.

Between January and September, only 16.8 million people visited Spain, one of Europe’s worst-affected countries by the pandemic, according to the national statistics office, EFE reported.

A government bid to open the country up in June following the lockdown stalled when countries like the UK removed Spain from its travel corridor.

Having brought the pandemic largely under control with one of the strictest lockdowns in the world that spanned from March to June, COVID-19 infection rates began to climb again through mid-August to September as the pandemic’s second wave dug in.