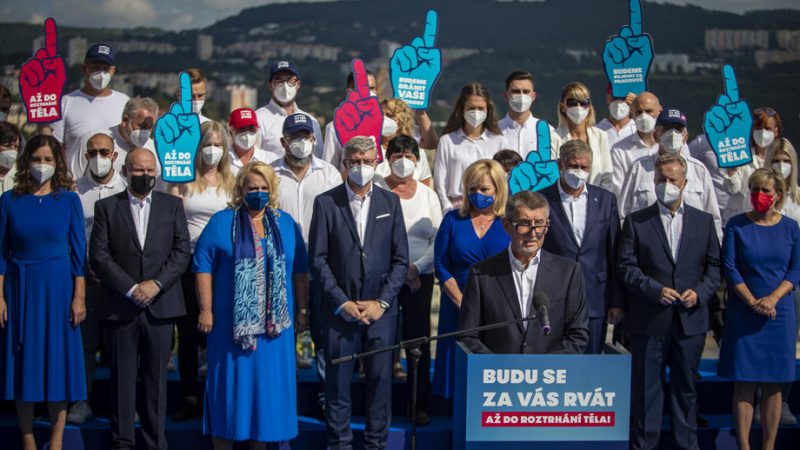 “It is extremely hard for Renew MEPs to see Babiš constantly attacking the EU,” a source from the European Parliament told EURACTIV.cz. [EPA-EFE/ MARTIN DIVISEK]

As Czech Prime Minister Andrej Babiš (ANO, Renew) is stepping up his anti-EU rhetoric ahead of the elections in October, the Renew Europe leadership is turning a blind eye to his behaviour.

“It is extremely hard for Renew MEPs to see Babiš constantly attacking the EU,” a source from the European Parliament told EURACTIV.cz.

Not only has the Czech police recently recommended that charges be brought against the PM over the misuse of EU funds, but European Commission auditors also concluded that he is in a conflict of interest given his links to his former agricultural holding Agrofert. The entity was found to have previously benefited from EU funds.

Still, the leadership in the Renew Europe group – of which ANO is a member – and liberal heads of state of EU countries have never openly criticised him.

“Meanwhile, Renew is shouting loud and clear on Orban’s violation of Rule of Law, attacks on LGBTI community or misuses of European funds,” a European Parliament source familiar with the situation has said.

EURACTIV.cz has learnt that Renew leaders take a pragmatic approach towards the situation, similar to how the EPP or Angela Merkel dealt with Hungarian Prime Minister Viktor Orbán before he and his party left the centre-right group.

For instance, it is not in the interest of French President Emmanuel Macron to deteriorate relations with Babiš because the Czech government is an essential ally in French efforts to include nuclear energy in the EU’s green finance taxonomy.

“Renew should not stand still and act. There should be a reaction from the Renew’s leadership regarding Babiš’s political campaign, which rather than Renew resembles a hard-line ECR or ID party,” the source added.