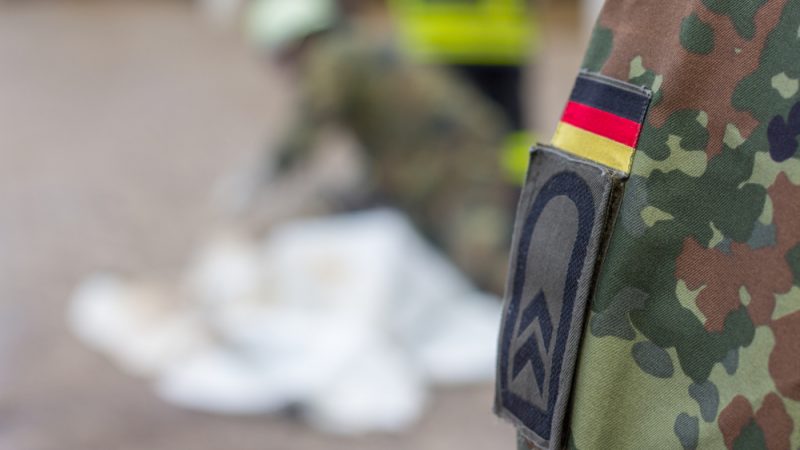 Germany recorded 477 new suspected cases of right-wing extremism in 2020, compared to the 363 discovered in 2019, according to the annual report on the status of Germany’s armed forces. [Shutterstock/Nehris]

Germany recorded 477 new suspected cases of right-wing extremism in 2020, compared to the 363 discovered in 2019, according to the annual report on the status of Germany’s armed forces presented on Tuesday by the parliament’s Armed Forces Commissioner Eva Högl.

Högl – appointed in May 2020 – demanded “complete clarification and more prevention” to address this phenomenon. She pointed out, however, that most soldiers in the Bundeswehr have “nothing to do with extremism,” adding that increased reporting shows a “heightened sensitivity” among troops.

The parliament’s Commissioner for the Armed Forces also weighed in on the recent scandal surrounding the Special Forces (KSK), after reports of service members who stole weapons having benefitted from an amnesty programme, which gave them the opportunity to return weapons and ammunition without punishment.

This stems from discoveries in 2020 of a KSK soldier who had 6,000 rounds of ammunition and two kilogrammes of highly explosive material at his home, accompanied by the fact that the unit could not account for 48,000 rounds of ammunition and 62 kilogrammes of explosives. After insufficient progress in reform, Defence Minister Annegret Kramp-Karrenbauer (CDU) dissolved one of the four units making up the KSK in June last year.

While Högl has called for clarification on the matter, KSK commander Markus Kreitmayr, who is in charge of the internal reform processes, has come under fire since reports of the amnesty programme surfaced.

“The allegation of an ‘amnesty’ for weapons and ammunition possession in the KSK, which has now come to light, places a considerable burden on the entire process of clarification and reform. We need clarification of all facts in the KSK and absolute transparency,” the commissioner for armed forces said in a statement. (Sarah Lawton | EURACTIV.de)