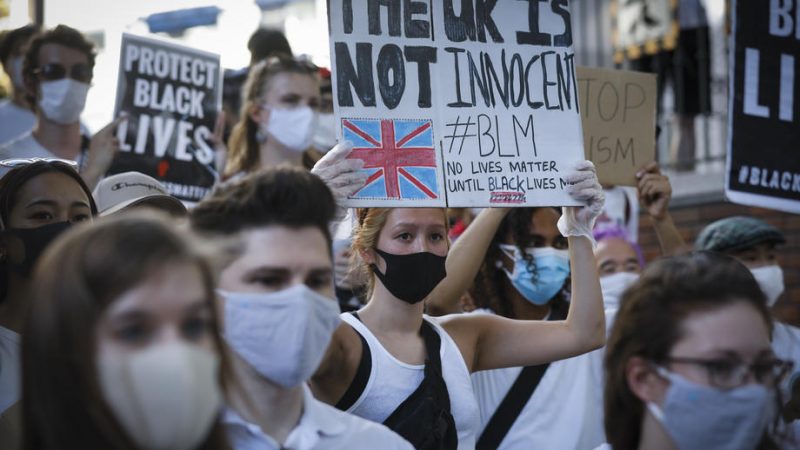 A woman wearing a face mask holds up a placard that reads 'The UK is not innocent' as she joins a protest against the killing of George Floyd, an unarmed African American man killed by police in Minneapolis, in Osaka city, western Japan, 07 June 2020. [EPA-EFE/DAI KUROKAWA]

A government report commissioned in the wake of the Black Lives Matter protests last summer has received a mixed reaction after concluding that the UK “no longer” has a problem with institutional racism.

The Commission on Race and Ethnic Disparities, set up following the protests which followed the killing of George Floyd in the United States, found that family structure and social class had a bigger impact on life chances than race.

One of its findings was that children from minority ethnic communities did as well or better than white pupils in compulsory education, with the exception of black Caribbean pupils.

However, campaigners pointed out that the report overlooked the criminal justice system, pointing out that black people are nine times more likely to be jailed than white people.

Meanwhile, Trades Union Congress general secretary, Frances O’Grady, commented that “institutional and structural racism exists in the UK, in both the labour market and wider society”, and pointed out that people from black and minority ethnic communities were more likely to be in low-paid and insecure jobs.