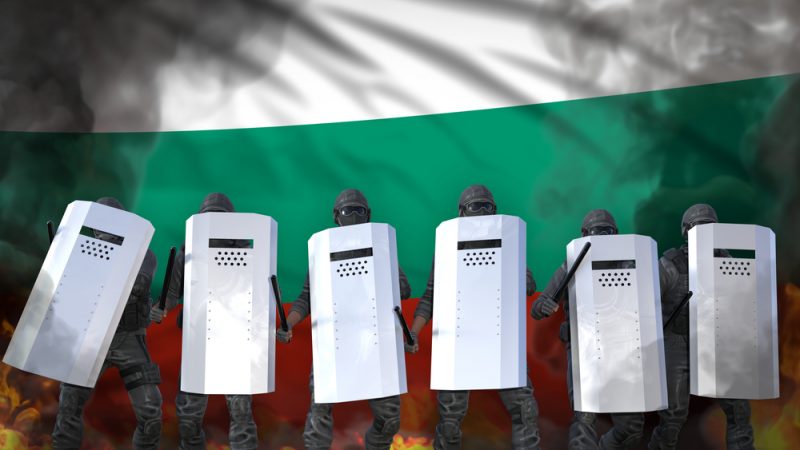 "We are also considering further actions related to the security of Bulgarian journalists and the condemnation of crimes committed against them", Szalai commented. [Shutterstock/Anton_Medvedev]

Reporters Without Borders (RSF) will inform the European Commission and the Council of Europe on the case of Bulgarian freelance journalist Dimiter Kenarov, who was beaten by the police, and the subsequent ineffective investigation by the prosecutor’s office, announced Pavol Szalai, the head of RSF’s European Union and Balkans desk, quoted by EURACTIV partner Dnevnik.

“We are also considering further actions related to the security of Bulgarian journalists and the condemnation of crimes committed against them”, Szalai commented.

RSF said last week that it was appalled by the refusal of Bulgarian chief public prosecutor Ivan Geshev’s office to investigate the beating that Kenarov received from the police last September, comparing the prosecution’s arguments with George Orwell’s 1984. According to RSF, a new, independent, and transparent investigation is needed.

The prosecutor said that the police officers who arrested Kenarov had not been identified although this was witnessed by other police at the police station who claimed not to remember anything despite the footage showing police officers dragging a visibly beaten man while he shouted that he was a journalist.

While Kenarov claims to have been kicked in the head and beaten by policemen, the prosecutor stated that the journalist refused to comply with a police order.

However, the prosecutor says that there could not have been police violence because there were many people in the square and everyone was taking pictures. The prosecutor also quoted an email from a citizen named Petar Ivanov Petrov – a very common Bulgarian name – who was outraged by the journalist’s allegations, claiming there was no beating.