Retirement age in Portugal to increase by two years by 2050 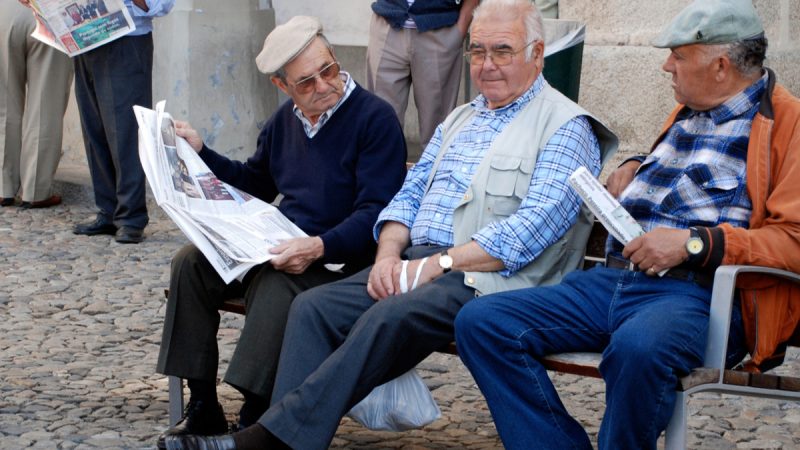 The OECD report adds that Portugal is one of seven OECD countries with the age of access to retirement indexed to the evolution of average life expectancy. [Shutterstock / InnaFelker]

The retirement age in Portugal is expected to increase by two years by 2050, reaching 68.4 years, predicts the Organisation for Economic Cooperation and Development (OECD) in the report ‘Pensions at a Glance 2021’ released on Wednesday.

The OECD report adds that Portugal is one of seven OECD countries with the age of access to retirement indexed to the evolution of average life expectancy, like Denmark, Estonia, Greece, Finland, Italy, and the Netherlands.

According to the document, in Portugal, where the legal retirement age increases by two-thirds of the increase in average life expectancy, the increase will be of “about two years” for those who enter the labour market at the age of 22 and retire after a full career, with no reduction in pension.

Workers who have to interrupt their working life due to unemployment will have to retire a year later than workers with full careers to avoid pension cuts.

Although linking retirement age to average life expectancy makes pension systems more robust, the measure is insufficient, says the OECD, particularly considering that the fall in average life expectancy is no longer seen as a “theoretical scenario” due to the mortality associated with the COVID-19 pandemic, an effect that will only be visible in 2022.

Taking into account the latest data published by Statistics Portugal (INE) showing an unprecedented reduction in average life expectancy at 65, the retirement age in Portugal is expected to fall to 66 years and four months in 2023, after reaching 66 years and seven months in 2022.

The organisation also indicates that Portugal is one of the countries with the highest net replacement rates (the amount you receive in pension compared to the salary you received while working) in the future, of around 90% taking into account a full contribution career and an average salary.

The ageing of the population has accelerated in the last decade, impacting pensions and countries such as Portugal and Spain “will face acute demographic challenges” that will affect the adequacy of the value of pensions and financial sustainability or both, warns the OECD.