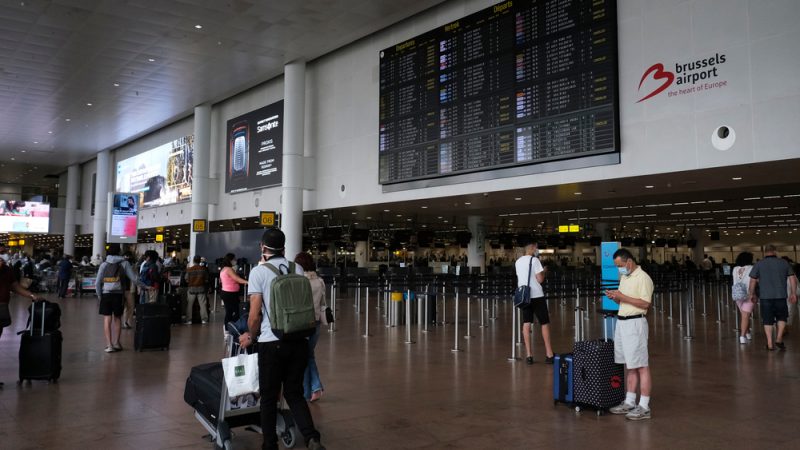 According to the Brussels Health Inspectorate, an average of 1,816 confirmed infections per day were counted between 1 and 7 January, a 14% increase compared to the week before. [Shutterstock/Alexandros Michailidis]

As the number of COVID-19 infections has been increasing over the past week in the Brussels region due to travellers returning from abroad, experts are now calling for border closures.

According to the Brussels Health Inspectorate, an average of 1,816 confirmed infections per day were counted between 1 and 7 January, a 14% increase compared to the week before.

“In the past two weeks, we’ve had about 50,000 travellers who returned from red zones and a lot of people were tested on the first and seventh days,” Inge Neven from the Brussels Health Inspectorate told VRT Nieuws.

“So we can attribute the bulk of the increase to that and it has to do with the fact that more testing is taking place,” Neven added.

Meanwhile, calls to close Belgium’s border in an effort to avoid a third wave are getting louder among health experts.

“Closing borders seems the best option at the moment to avoid a full lockdown and protect our economy,” tweeted Dirk Devroey, dean of the University of Brussels’ health faculty.

“But we need to do that NOW and not in two weeks when the British variant is massively in our country,” he added, calling for “a European initiative” on the matter.

His comments came after Belgian epidemiologist Pierre Van Damme suggested over the weekend that the Belgian government should consider closing borders for one or two months to keep out infections in general, as well as the British mutation.

Belgian health minister Frank Vandenbroucke (SP.A) announced on Sunday that a special test system is going to be introduced for people who may be infected with an abnormal variant of the coronavirus, for which a pilot project was launched in the province of Antwerp. (Alexandra Brzozowski, EURACTIV.com)