Riot breaks out at migrant centre outside Sarajevo 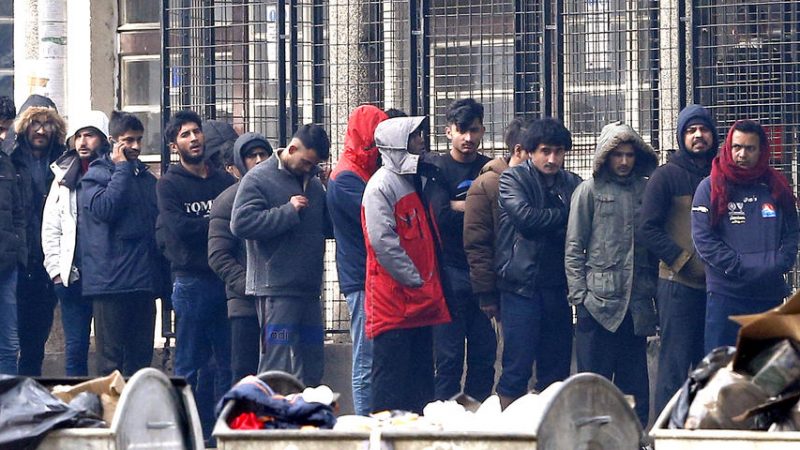 Migrants at the former military barracks in Blazuj, a suburb of Sarajevo, Bosnia and Herzegovina, 21 January 2021. [EPA-EFE/FEHIM DEMIR]

Police broke up a riot that erupted in the night from Wednesday to Thursday at one of the reception centres for illegal migrants outside Sarajevo, a police spokesman has confirmed.

At least two police officers and a staff member of the International Organisation for Migration (IOM) that runs the reception centre at Blažuj were injured in the riot provoked by migrants, police spokesman Mirza Hadžiabdić has said.

According to available information, the riot broke out when IOM staff tried to transfer a migrant who had earlier instigated incidents to another camp.

“The migrant in question is the leader of one of the groups in the camp. The migrants tried to set him free by force, which resulted in a conflict,” the police spokesman said. In the Sarajevo area, there are two migrant camps with a capacity of 2,500 beds.

Human Rights Watch on Thursday called on BiH’s authorities to take urgent action to protect the hundreds of migrants staying in BiH in inhumane conditions – an appeal that concerns first and foremost migrants staying around the western town of Bihać. (Željko Trkanjec | EURACTIV.hr)