Riot officers suspended in Croatia over violent pushbacks of migrants 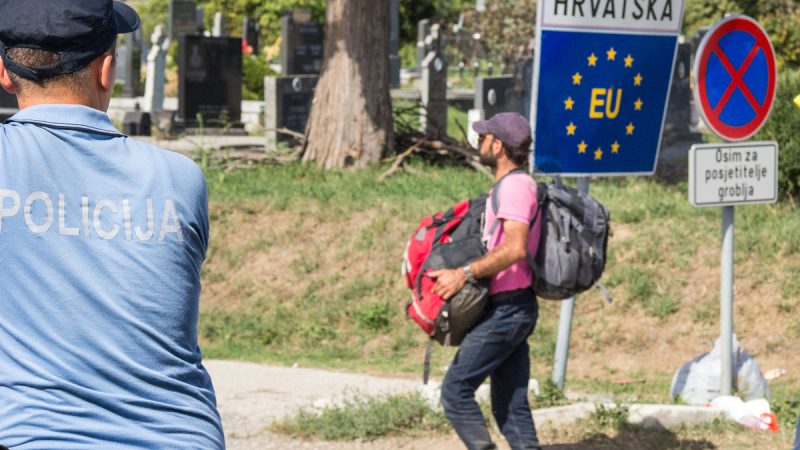 Police Director reiterated that there were no orders about the violent treatment of illegal migrants. [Shutterstock / BalkansCat]

Police Director Nikola Milina said three police officers, identified as some of those in video recordings involved in violent pushbacks against illegal migrants, have been suspended, and further disciplinary steps would be taken.

“It is our responsibility to shed light on the whole case. We do not want such individual incidents to be detrimental to the fact that the Croatian police receive commendations for their work in the protection of the European Union’s external border and for other duties they perform,” Milina said.

He reiterated that there were no orders about the violent treatment of illegal migrants.

“I believe it’s an isolated case because otherwise, that would be more seen and known. Police must not act like that and that’s obviously overstepping one’s authority,” President Zoran Milanović told the press.

“But we must also talk about the police officers who are doing a very tough job every day year-round for modest pay and are protecting the Croatian border. That’s a tough job in the interest of the wider community. I wouldn’t want the police as a service to be stigmatised because of this,” he added.

“Somebody has to protect the border. Border equals state. People coming to the border without authorisation and want to cross it are committing a criminal offence. Those are facts,” he said, calling for a recently reported case of Croatian police beating illegal migrants to be resolved.

“If accountability is established, there should be consequences and punishment, but a problem remains. People, perhaps even families, gather on the Croatian border every day, who want to cross the border and go somewhere else, but that’s illegal,” he added.