Riots during Independence March in Warsaw 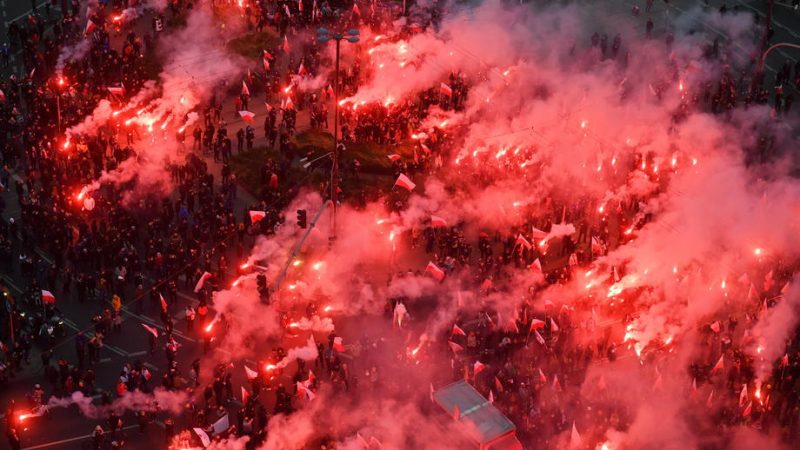 The right-wing and nationalist Independence March, which authorities had banned due to the coronavirus pandemic, ended up in participants clashing with police in several areas across the capital, wounding several police officers and one press photographer.

Participants also shot fireworks in the windows of buildings with posters supporting the Women’s Strike, setting one of the flats on fire.

Contrary to earlier announcements by organisers, only a handful of the several thousands of protesters were driving cars or other vehicles.

The decision to ban the Independence March this year was appealed, but the court agreed with the authorities.

While the march still took place this year, it was attended by far fewer people than in previous years. (Anna Wolska | EURACTIV.pl)