Risk of financial crisis ‘cannot be taken off table’, says Bank of Portugal 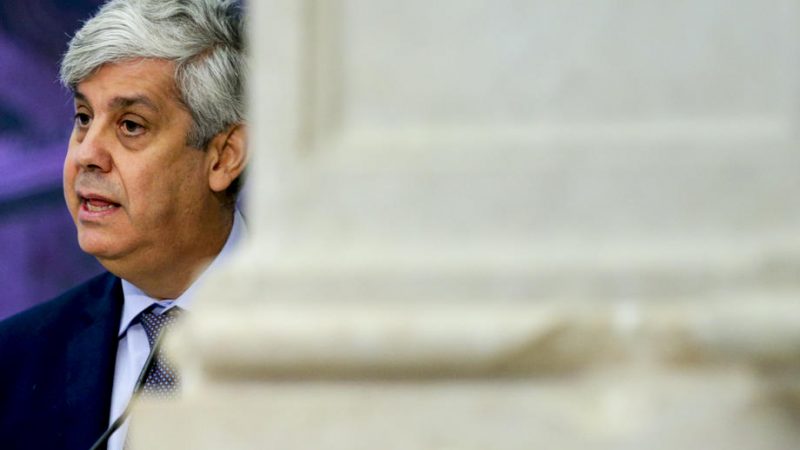 He rejected the idea that the euro could be at risk, as well as the entry into a state of “semi-panic”, defending the need to create conditions for wages to rise and thus resume the “desire” to bring the inflation rate to 2%. [EPA-EFE/TIAGO PETINGA]

The risk of the current economic crisis turning into a financial crisis can not be ruled out, and the ECB’s role is to ensure measures to ward it off, the Bank of Portugal governor said on Monday.

“From the point of view of a central bank, we have to ensure that this economic crisis that is on the horizon – which is a threat – does not turn into a financial crisis. […] These risks cannot be taken off the table because we always have to have measures to guard against them,” said Mário Centeno, who attended the CNN Portugal Summit conference at Culturgest in Lisbon.

In a conversation with the executive director of CNN Portugal, Pedro Santos Guerreiro, about inflation and monetary policy, the former finance minister stressed that there is a willingness at the European level to create new instruments that introduce discipline in the market, “when debt differentials are beyond economic fundamentals.”

Last week, the European Central Bank (ECB) announced it would create an “anti-fragmentation” instrument in debt markets after countries such as Italy and Spain saw risk premiums soar recently compared to Germany.

“If it is well designed, [this instrument] will never be used,” Mário Centeno pointed out, explaining that “just the mere existence” of the tool will prevent certain investor behaviour.

Considering that Europe is currently better able to deal with a crisis than it was in 2008 or 2011, the governor of the Bank of Portugal stressed, however, that there are mistakes that cannot be repeated, such as the “old argument” of including a “penalising character” in the measures, which he considered to be “a huge temptation that exists in Europe.”

“We cannot consider that, in Europe, the dimension of risk reduction and solidarity do not go hand in hand all the time. They have to be coordinated, which is exactly what was done in 2020 [with the pandemic],” argued Centeno.

He rejected the idea that the euro could be at risk, as well as the entry into a state of “semi-panic”, defending the need to create conditions for wages to rise and thus resume the “desire” to bring the inflation rate to 2%.