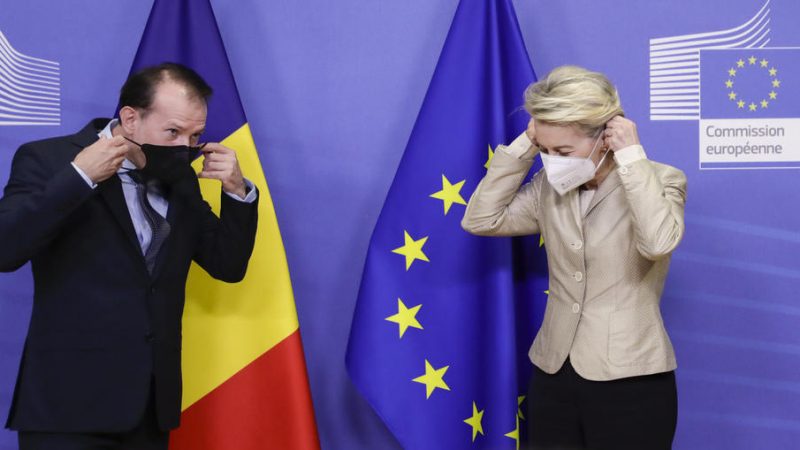 “There is a lot of evaluation work to be done. In the communication with the Commission we reached the conclusion that more time could be necessary,” said EU Investments and Projects Minister Cristian Ghinea. [EPA-EFE/OLIVIER HOSLET]

Romania has officially requested an extension of the evaluation period for the recovery and resilience plan after it received wide-ranging criticism from the European Commission.

The Romanian government and Commission representatives decided the two month deadline laid down in the recovery plan regulation would not be enough to reevaluate the country’s recovery plan.

“There is a lot of evaluation work to be done. In the communication with the Commission we reached the conclusion that more time could be necessary,” said EU Investments and Projects Minister Cristian Ghinea.

With Romania’s official request, the EU Commission must give an answer by 30 September at the latest.

Prime Minister Florin Citu confirmed there are many comments and requests for additional information from the Commission, saying “perhaps we [the government] were not clear enough.”

The prime minister also warned public servants involved in drafting and implementing the recovery plan, saying they would all be dismissed if Romania were to have trouble getting the Commission’s greenlight.

“The Romanian public administration does not have the best reputation when it comes to attention and professionalism,” Citu admitted, adding that the Commission’s request for clarifications is normal as the Recovery and Resilience Facility is a different mechanism from the usual disbursement of EU funds.

The delay will not affect the country’s budget since the pre-financing of 13% of the total funds is included as revenue, it would only come with a 30-day delay, “as things are now,” he added. (Bogdan Neagu | EURACTIV.ro)