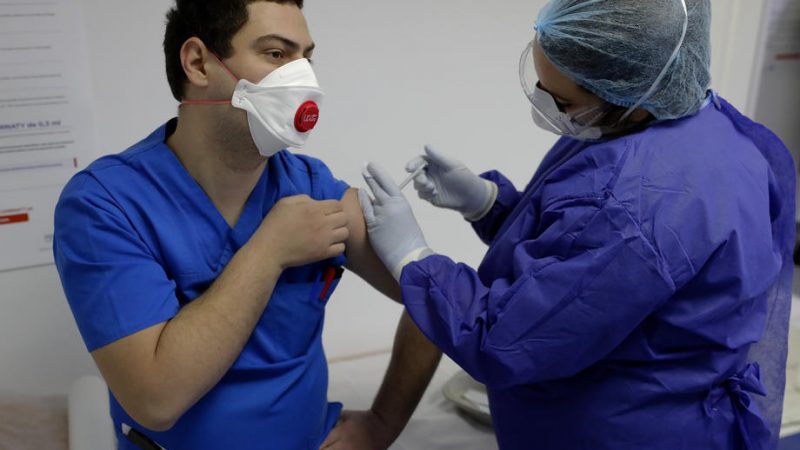 More than one million Romanians have so far received at least one dose of the COVID-19 vaccine, with an 86-year-old woman being the country’s one-millionth person to receive the jab Wednesday from no other than the country’s vaccination campaign coordinator, Valeriu Gheorghita.

So far, more than 1.6 million doses were administered in Romania, and almost 620,000 people received both doses.

Prime Minister Florin Citu, who attended the ceremony, said the campaign will pick up pace in the coming days, and that the campaign’s third phase, which consists of vaccinating the general population, can start as soon as 15 March.

The initial plan of receiving 2.4 million doses by the end of March will be outrun as deliveries scheduled for March alone amount to 2.6 million doses from all three COVID-19 vaccines that received the EU’s green light, Citu added.

Romania is sticking to its target of having 10.4 million people vaccinated by the end of September. (Bogdan Neagu | EURACTIV.ro)