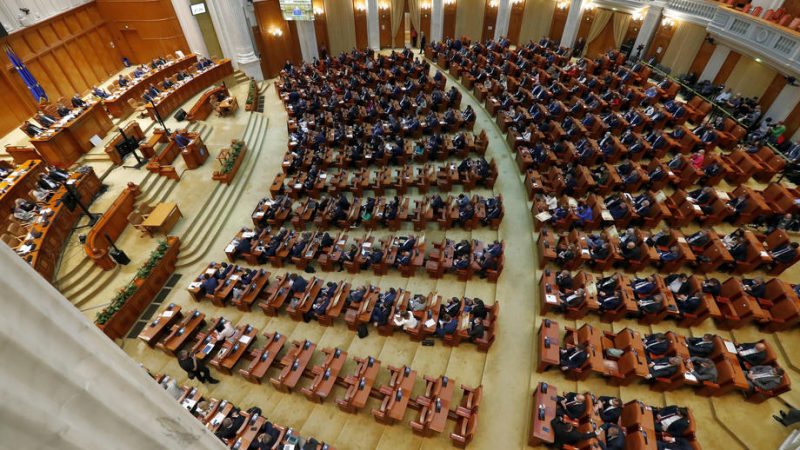 Politicians in Romania started a new round of negotiations with the aim of forming a coalition, more than two months after the centre-right coalition collapsed. [EPA-EFE / ROBERT GHEMENT]

Politicians in Romania started a new round of negotiations with the aim of forming a coalition, more than two months after the centre-right coalition collapsed.

For the first time since USR voted for the censure motion that led to the fall of the government headed by Florin Citu, the leaders of PNL and USR talked about rebuilding the coalition.

“There are high chances we will remake the coalition with USR,” Citu said after the meeting. Citu wants to stay on as prime minister, but USR has rejected this option from the start.

Before the no-confidence vote, USR repeatedly said that they wanted to remain in the coalition but with a different prime minister. However, PNL elected Citu as their president and continued to support him as prime minister, resulting in the political crisis that has gripped the country.

However, PNL still wants to provide the prime minister, and USR has agreed with this, as long as Citu is not chosen.

PNL has also expressed its wish to talk with the opposition socialist party about forming a coalition. But PSD said it also wants the prime minister position. A meeting between a PNL delegation and PSD’s leadership is scheduled for Thursday.

President Klaus Iohannis, who makes the official designation of a prime minister candidate, announced he will hold a new round of consultations with political parties, but has not announced a date yet.