Romania to start Phase 3 of its vaccination campaign 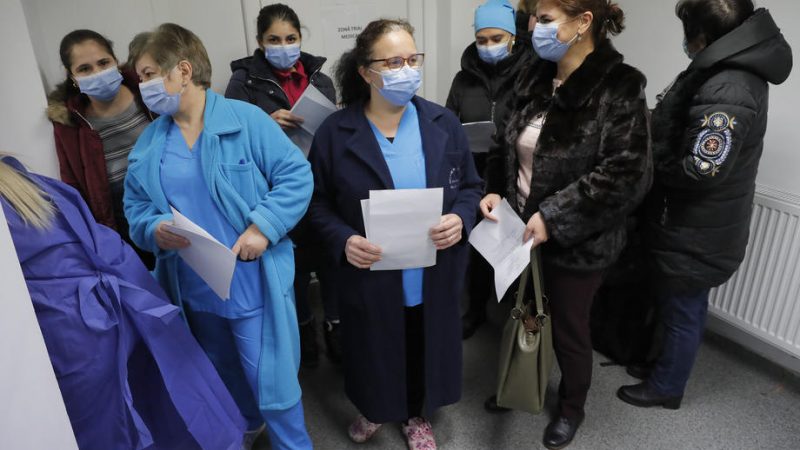 Romanian nurses queue on a corridor to complete the official papers before to get vaccinated against Covid-19 infectious disease with Pfizer-BioNTech vaccine, at the special vaccination compound of Dr. Victor Babes Infectious Diseases Hospital, in Bucharest, Romania, 27 December 2020. [EPA-EFE/ROBERT GHEMENT]

Romania will enter phase three of its vaccination schedule earlier than anticipated, due to receiving more vaccines than initially predicted, allowing all adults to receive a vaccination appointment from Monday, Prime Minister Florin Citu has confirmed.

The campaign started at the end of December, with the first phase targeting medical professionals, while elders, vulnerable persons and essential workers were able to get the vaccine during the second phase.

The third stage, during which the general population is set to get the jab, was planned to start in April, but the prime minister said it would start earlier because more vaccine doses will be available.

Romania will get 170,000 additional doses from Pfizer/BioNTech from the extra supply of 4 million doses announced Wednesday by the EU Commission, the PM added.