Romania wants increased NATO and US presence on its territory 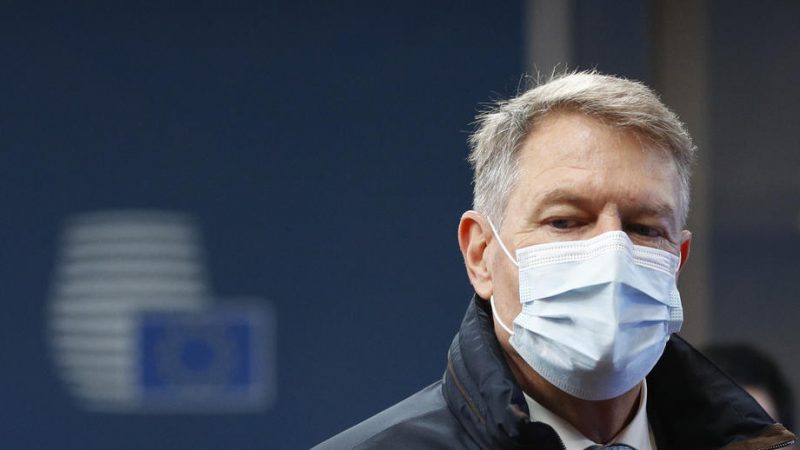 “No Romanian should be afraid for his safety and that of his family!” president Klaus Iohannis said after an extraordinary meeting of the Supreme Defence Council. [EPA-EFE/JOHANNA GERON / POOL]

Romania will continue its actions towards increasing NATO and US troops on its territory, President Klaus Iohannis said Wednesday, adding that this will help improve national security.

Romania’s Supreme Defence Council (CSAT) discussed and approved a plan of action to complete its existing plans – in sync with NATO – to prepare the country for each scenario unfolding in the current situation in the extended Black Sea region and the Eastern flank of the North-Atlantic Alliance, President Iohannis said.

Speaking after the meeting of the defence council, the head of state noted that the current crisis created by Russia “is not just about Ukraine, is not about regional security in the Black Sea, it even isn’t just about European security, it is about the security of the whole Euro-Atlantic space.”

Tensions and military buildup near Ukraine’s borders and in the Black Sea area affect both international security and stability, Iohannis said.

Therefore, CSAT analysed the complex situation in the region, including the cooperation and coordination with allies in both NATO and the EU structures.

“I want to again underline that all measures taken by NATO so far to strengthen military presence on its Eastern flank represent a purely defensive answer to the increased risks, threats and challenges to the security in the region,” Iohannis said.

The president reiterated that Romania is ready to host more NATO troops. Recently, both France and the US announced plans to send troops to Romania, and Iohannis announced talks about how these plans will be implemented.

Separately, the government and various authorities will prepare a plan to handle a potential increase in migration and the negative economic and financial effects of the potential conflict in Ukraine.

“There are more than 600 kilometres of border between Romania and Ukraine, and we need to be sure we are prepared for each potential scenario,” Iohannis said.