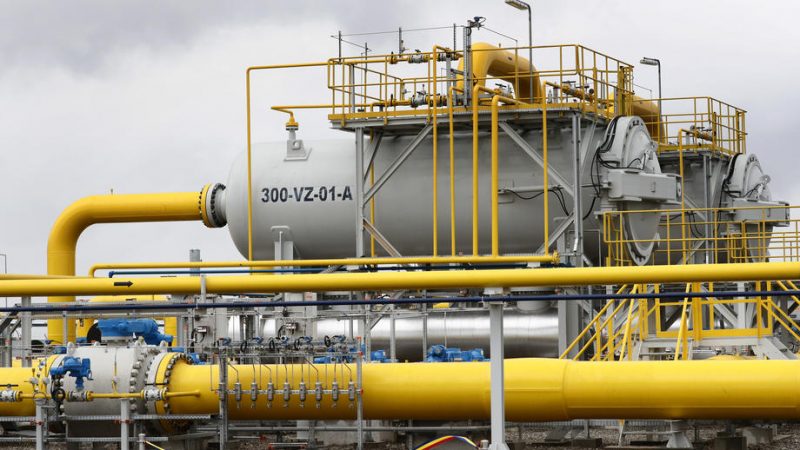 Gas pipes and associated equipment are pictured prior to the inauguration ceremony of the Podisor gas compression facility, part of the BRUA pipeline project, near Podisor village, 50 Km south-west from Bucharest, Romania, 31 October 2019. [EPA-EFE/ROBERT GHEMENT]

Romanian power producer CE Oltenia has applied for financing to invest in two gas-powered plants one day after Romania obtained the European Commission’s greenlight for a massive restructuring aid package.

Oltenia Energy Complex (CE Oltenia) is Romania’s largest producer of coal-based energy, which is currently the most expensive in the energy basket, due to the high costs of emission certificates. The Romanian government, the majority shareholder of the energy producer, asked the European Commission to approve state aid to allow the restructuring of the company and replace the lignite-based energy production with energy produced using natural gas and renewable sources.

On Wednesday, the Commission announced it has approved, under EU State aid rules, Romania’s plans to grant CE Oltenia restructuring aid for up to €2.66 billion to finance its restructuring plan and restore its long-term viability.

A day later, Romania’s energy minister announced the next steps for the energy producer.

He added that the total value of the investments is over €800 million.

The restructuring plan of the power producer also includes investments in renewable energy. CE Oltenia has already applied for financing for eight solar power plants that will be installed in its landfills for mine waste, ash, and slag. It also wants to modernise a small hydropower plant installed close to the largest thermal power plant in the country.

The Modernisation Fund is an instrument launched by the European Commission to finance energy investments, in particular, to help coal-dependent regions in 10 Member States to meet 2030 energy targets. According to the energy minister, the fund currently has an estimated allocation of over €15 billion (depending on the future price of CO2 certificates).