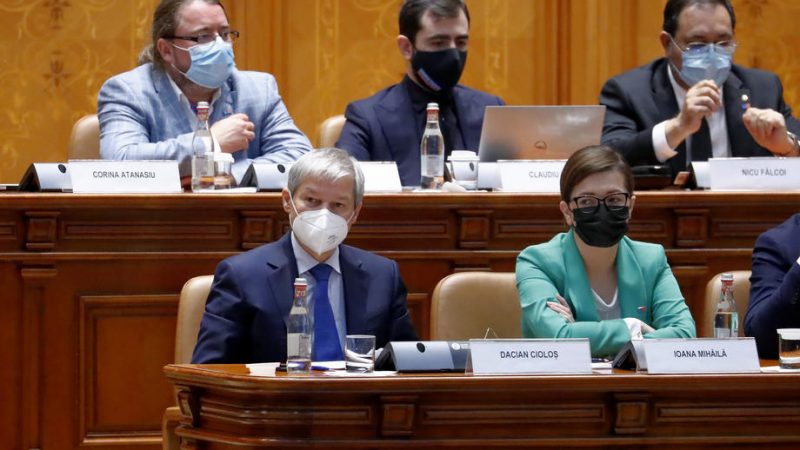 Just 88 MPs voted for the Ciolos government, which needed 234 votes to get the Parliament’s green light. [EPA-EFE / ROBERT GHEMENT]

As expected, Dacian Ciolos did not get the parliament’s confidence vote for his proposed Cabinet, so president Klaus Iohannis has to designate a new prime minister. Meanwhile, the country is fighting a difficult battle with COVID-19, while having a government with limited powers.

Just 88 MPs voted for the Ciolos government, which needed 234 votes to get the parliament’s green light. Ciolos could not muster the support of any other parliamentary party besides his own USR, and now the ball is again in President Iohannis’s hands.

Iohannis has summoned the political parties for a new round of consultations on Thursday, and most analysts expect he will designate a PNL member to form the government. One option is Florin Citu, the interim PM and the president of PNL, who has his party’s support, but little outside of that.

USR said they want to be part of the coalition with PNL and the ethnic Hungarian minority party UDMR, but with a different prime minister. However, PNL continues to attack USR and try to make them the scapegoat for Romania’s health crisis.

The head of state had to call a meeting with government officials to decide what to do to curb the pandemic. Iohannis announced a round of restrictions afterwards, but most are already in force – such as the mandatory use of masks, night curfews or green pass access – but are rarely verified by police forces. However, authorities announced the decision to extend the school vacation that starts on Monday to all students and prolong it for another week.