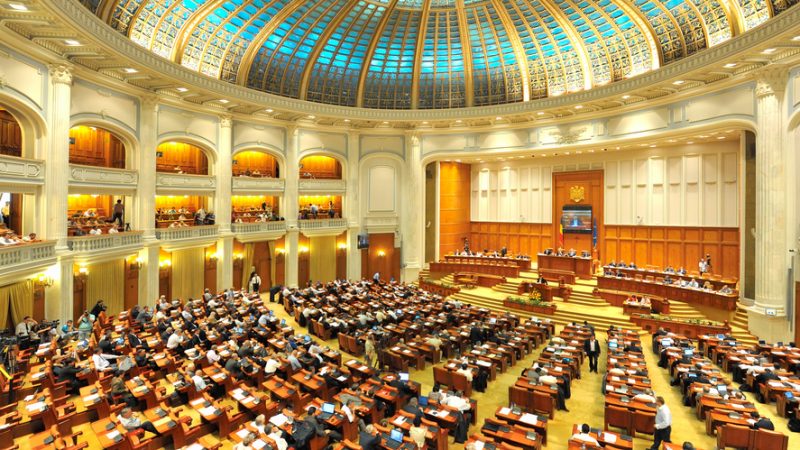 According to the new legislation, the Romanian state will have preemption rights on gas sales and will receive around 60% of the income generated by exploration projects. [Shutterstock/PhotoStock10]

The Romanian parliament approved a new law on deep oil and gas operations, which is expected to unblock gas projects in the Black Sea, with 249 MPs in favour and 34 against.

Last week, the bill was approved by the Senate, parliament’s upper chamber, meaning it will now be handed over to President Klaus Iohannis to sign into law.

According to the new legislation, the Romanian state will have preemption rights on gas sales and will receive around 60% of the income generated by exploration projects.

But the law also promises to keep the tax regime unchanged during the construction of these offshore gas projects.

Compared to the previous legislation, the tax on gas sales is reduced and restrictions on gas exports removed, except for emergencies.

“This is perhaps the most important step we are taking towards energy independence. With the start of investments in the Black Sea, Romania will become energy independent, we will produce more natural gas than we consume, while the surplus could be delivered abroad and Romania may become a provider of regional energy security,” Energy Minister Virgil Popescu wrote on Facebook after the parliament’s final vote.

He added that the new law brings stability and predictability, a tax-friendly regime, and should help investors make investment decisions.

However, the law has not been spared from criticism, mainly from the ultra-nationalist party AUR, which claims Romania will lose most of the benefits from exploiting its natural resources. According to AUR, the state can and should be alone in extracting its resources and selling them in its own interests, and only Romanian companies should be awarded oil and gas leases.