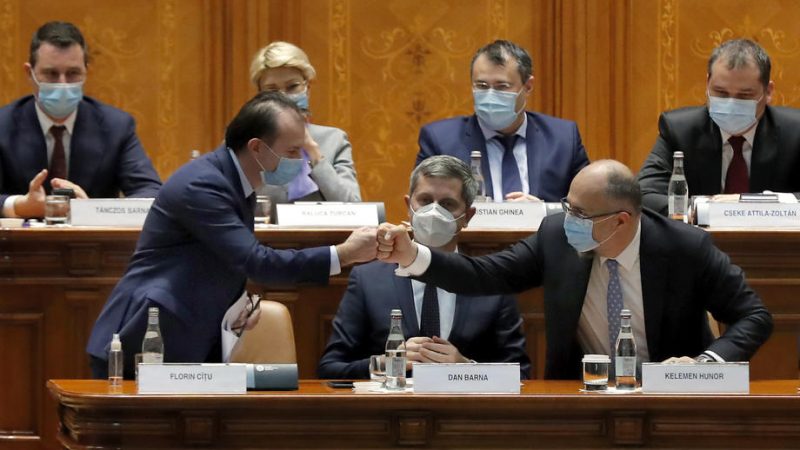 Romania’s parliament may find the opportunity to set a timeline for the censure motion against the government. [EPA-EFE/Robert Ghement]

Romania’s parliament may find the opportunity to set a timeline for the censure motion against the government led by Florin Citu after the standing bureaus of both parliament chambers have failed five times to set the calendar of debates and the vote on the censure motion filed by two parties, USR PLUS and AUR.

Both the representatives of PNL – the conservative party who supports Florin Citu – and the opposition socialists from PSD have been missing out on these meetings to ensure that, due to a lack of quorum, the calendar cannot be set.

However, the presidents of the Chamber of Deputies and the Senate have called for a joint meeting of both chambers for the reading of the motion, and MPs can set the dates for debate and the vote during the plenary meeting.

Meanwhile, the government has asked the Constitutional Court to analyse a potential conflict between the legislative and the executive because parliament did not inform the cabinet about the proposed censure motion the day it was filed.

The court has asked for the opinions of both parties by 15 September, and will further set a date for settling the dispute.