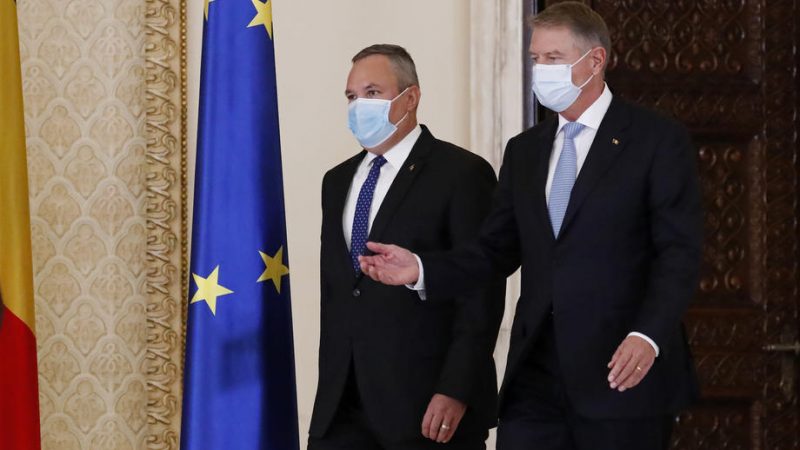 The ministers picked by Prime Minister-designate Nicolae Ciuca will be heard before parliamentary committees on Wednesday after Ciuca filed his proposed list of cabinet ministers and governing programme to parliament on Tuesday.  A confidence vote for the new government is expected to take place on Thursday.

“The governing programme is based on the following principles: resilience, stability, transparency, equality and efficiency. It has the Romanian citizen at its core,” Ciuca said.

“The recovery and resilience plan is the backbone of the governing program, and we are obliged and conditioned to respect the main lines of the RRP and those legislative measures included in the reform process,” Nicolae Ciuca also said.

The proposed executive will have 20 ministers, but only one is a woman – the former Bucharest mayor Gabriela Firea, who will take over the newly-created Family Ministry. There will also be two deputy prime ministers, one representing the ethnic Hungarian minority party UDMR – with Kelemen Hunor keeping his position from the current government – and one from the socialist party PSD – former prime minister Sorin Grindeanu.

In the government led by the PNL’s Ciuca there will be nine ministers proposed by PSD, eight by PNL and three from UDMR.

The coalition set up a rotation at the helm of the government so that the retired army general is expected to be replaced after 18 months by a new prime minister proposed by PSD.