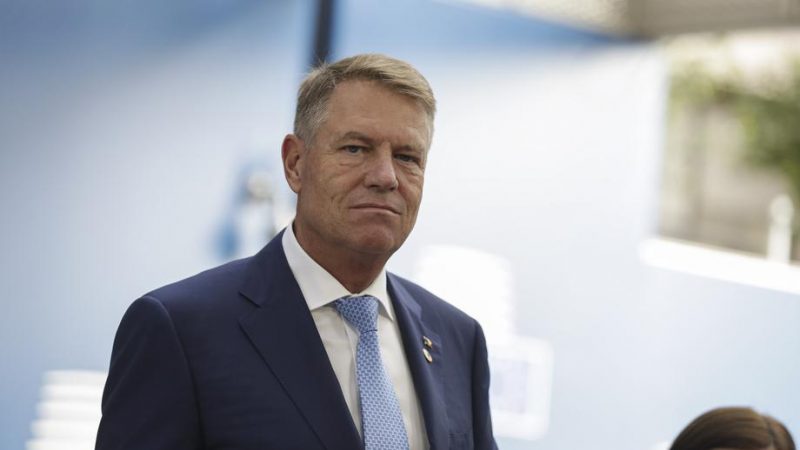 As PNL enjoys the support of President Klaus Iohannis, the centre-right party will stay on in the government, either with a solid coalition, or as a minority government. [EPA-EFE/STEPHANIE LECOCQ]

PSD, USR and AUR, the three parties that support the censure motion against Prime Minister Florin Citu have enough MPs between them to dismiss the government but doing so will result in an intensified political crisis.

To overthrow the government, 234 votes are needed. The three parties that want to oust the prime minister have more than 280, but their common interests stop there.

PSD says it wants to dismiss the government, but it won’t bring on the table a proposal for a new prime minister, because they only want early elections.

USR, which formed a governing coalition with Citu’s PNL and the ethnic Hungarian party UDMR, would like to continue in the government, but with a different prime minister. That is seen as a very difficult feat, as PNL just last week elected Citu as their new party president and says it fully supports him to continue as prime minister.

AUR wants to gain even more political support, by fighting the government and its measures against the pandemic. The party chief even filed a criminal complaint against PNL, claiming some of the governing party’s members tried to bribe AUR MPs to not vote against the government.

PNL seems to admit the other three parties have the needed votes and claim they should be responsible for bringing a solution to the political crisis. Moreover, Citu excluded teaming up with USR in a new coalition after the centrist party voted against the current government.

But, as PNL enjoys the support of President Klaus Iohannis, the centre-right party will stay on in the government, either with a solid coalition, or as a minority government, but with enough support in the Parliament, including from PSD, analysts say.