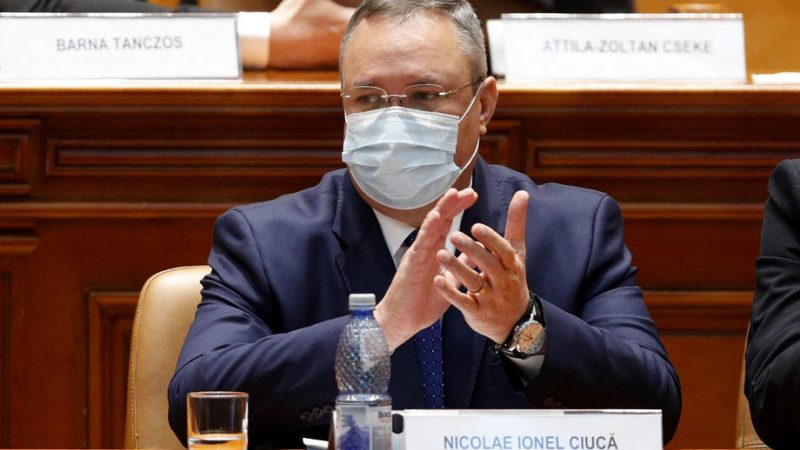 Romania's Prime Minister-designate Nicolae Ciuca reacts after the final votes count for a confidence vote on his cabinet was announced. [EPA-EFE / ROBERT GHEMENT]

The parliament gave its confidence vote to the new government supported by a wide coalition of the conservatives from PNL and UDMR and the socialists of PSD. The Cabinet of Nicolae Ciuca held its first meeting on Thursday evening.

The new executive has a lot on its plate after almost two months without a functioning government. A budget revision is badly needed to ensure the payment of salaries in the public sector and pensions in December, the pandemic situation is still difficult, although not as bad as last month, while energy prices remain high and inflation shot up in recent months.

The first government meeting was held on Thursday evening for organisational purposes – the new cabinet has two more ministers and some of the portfolios were modified.

Nicolae Ciuca said the budget situation would be discussed on Friday. The government needs to update the figures regarding the budget deficit and execution for 2021, but also talk about the budget for next year.